HomeArticlesBlack youth can no longer be patient. 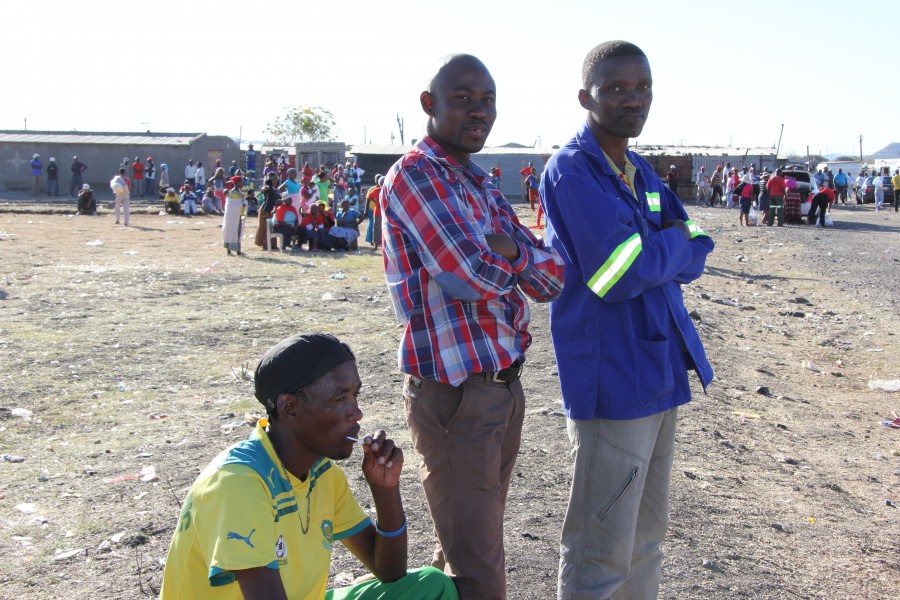 Post-1994 in South Africa, the majority of black working-class youth in different townships and rural outskirts share a common, almost identical struggle of continuing unemployment. If employed, they are super-exploited as cheap labour by white capitalists in local factories and farms.

This colonial make-up and apartheid legacy has been institutionalised and sustained in numerous ways, but I will mention three aspects post-1994 which I think are important. Firstly it is through the collaboration of white monopoly capital with black political elites that maintained the apartheid socio-economic patterns and property relations that continue to marginalise and exploit black poor people.

Secondly, through deliberate dysfunctional rural-township public education system (attended only by the black working-class child). Thirdly, through legalised alcohol consumption which in most times inevitably create all types of social ills such as social fragmentation and degradation, rape, youth delinquency, crime and gang-violence in our black communities.

To show the colonial systematic intent and impact of alcohol consumption and drugs in South African rural-township communities that still continue to this day, Omali Yeshitela – our fearless revolutionary elder- noted that “what the imperialists and capitalists with white power have done, was to take all the other options and said if you want to live, this is what you have to do to live, they put the crack cocaine in our black communities that demoralise the African workers and poor people who are at the heartbeat of the revolution”.

Posts 1994 in South Africa, these carefully socially engineered structural-trappings still dehumanize black people and enchain the black working-class communities and the youth in particular in inter-generational poverty, which is modern day slavery. It was Bantu Biko, who made a critical observation of our condition in townships, when he succinctly pointed out that “Township life alone makes it a miracle for anyone to live up to adulthood”.

In Twenty years of the democratic dispensation in South Africa, these formidable rural-township realities of economic marginalisation of black youth, force them into a position of being mere colonial subjects that must just accept brutal capital exploitation. Furthermore, there is state repression and the failing education system which definitely ensures that it is difficult for the black working-class youth “to live up to adulthood”.

Economic Freedom Fighter, Mbuyiseni Ndlozi, best describes these economic conditions of the black youth in rural-townships as “a permanent state of juniorisation”. On the other hand, an eloquent poet and a writer, Pura Lavisa in his song called Oomahlalela, asserts that, “singomahlalela kule lokishi, thina asisaqeshwa noba singageleza, asina ntsebenzo siphila ngokuxhomekeka” (We in township are unemployable, even if we study we don’t get to be employed, we are forever dependent).

This persistent status quo that economically marginalises black youth must be radically dismantled and interrupted by revolutionary organised youth. The momentum behind such a course must be that of a political action that is founded on a common struggle of being black and poor, even by the black youth outside party-politics. South Africa, especially for the black youth in rural-townships is still an anti-black and anti-working class space.

Hence, revolutionary art, poetry and conscious hip hop or truth music that speaks the language of the marginalised and unapologetically challenges the reproduction of political elites at the expenses of black youth is an essential potent instrument to bring about collective unity and political agency.  This discourse must also be informed by black consciousness philosophical underpinnings and a precise class analysis in order for the youth to organise themselves and totally reject any form of injustice and economic subjugation perpetuated against them.

We as the black youth in rural-township can no longer be patient and tolerate the pacifying discourse and political rhetoric from liberal academic commentators and political elites, the ANC in particular and other political parties. To tell us, ‘to be patient and understand that 20 years of democracy is not enough to redress the historical injustice perpetuated against black people’. But funny enough the same Twenty years of democracy is absolutely adequate for private capital, political elites and white privilege community to collaborate and thrive to accumulate wealth and be millionaires, living in mansions, with their children in private schools with invested funds for university. While majority of black working class youth with their rural-township education -which is a ‘set-up’ for failure for a majority- are unemployable and continue to be exploited as petrol attendants, security guards and cashiers at Shoprite, Checkers, Pick n Pay, etc.

Let it be known and be remembered that some of us as the selected few black working-class youth from the townships are not going to take an assimilationist liberal stance and be silent, because now we are in these liberal middle-class universities we won’t pretend that everything is fine and perfect, it is not. The marginalised black working-class youth in rural-townships must revolt in different forms for economic emancipation and total liberation as black people.