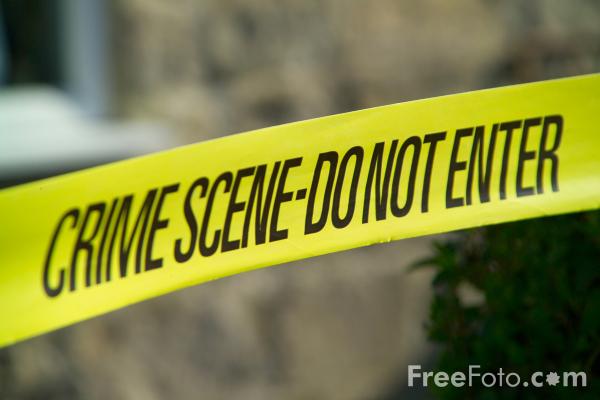 To anyone researching the horrific occurrence of baby rape worldwide it is very clear that it is not a racialised or a cultural phenomenon, says Gillian Schutte.

Dr Louise Mabille’s proclamation in her recent Praag article that the raping of babies is a “black cultural phenomenon” in South Africa, has brought into sharp focus the problematic nature of the popular rape narrative as perceived and pushed by certain groups in society.

The language in which she chose to frame the heinous and difficult topic of baby rape is a racialised, mythologised inference based on colonial thinking and framed within an “us-and-them” scenario.

By calling baby rape “a black cultural phenomenon” she also postulates that white people are incapable of such amoral acts of violence and that black people are collectively and “naturally” capable of violence by virtue of their “race” and “culture”.

This fits snugly into the narrative that conservative enclaves of white South Africa have created around blackness and it is one that is ardently pushed by certain moderate and conservative academics, bloggers and journalists.

There is indeed an industry of frenzied curating and blogging framed in this scenario and broadcast to conservative white communities daily.

The message they seek to create is clear – whites are a morally superior race – blacks are dangerous and prone to committing the most heinous acts of crime against the most innocent in our society.

This narrative then, also re-invents an idea that white people occupy a faultless, pristine and religiously pure moral rung on the hierarchy of humanity.

These constructed stories that white communities tell themselves are endorsed both privately and publicly and circulated by the social and mainstream media.

The story of the black rapist forcing himself on the white female is the one that is pushed most determinedly. A white rape victim is often given much more media time to share her traumatic narrative than a black woman is. In fact most black womens’ rapes get very little attention.

Nothing gets white sympathy so engaged as the idea of the “black oversexed monster” having his way with pristine white flesh.

This narrative, though it serves to make conservative white community feel safe in their own morally superior shelter, ironically presents an insidious danger to the women and children within that stronghold.

Indirectly, this narrative displays the absence of reflection on the most common forms of rape, which, statistics tell us, are those that happen in the home or are perpetrated by people close to the family and even within the family.

In her article, Speaking the Unspeakable: Narratives surrounding the Rape of Children, Helen Moffett writes:

“Work being undertaken by the Medical Research Council suggests a child is most likely to be raped by a close relative (including step-relatives and guardians); a teacher or other authority figure, such as a pastor; or a neighbour, and very much in that order.

“These findings are borne out by other organisations.

“Facts like these run directly counter to the monster myth at the same time that the moral imperative of this myth is at its strongest.”

More recent statistics reveal that in a country of 50 million people, three women are killed by their intimate partners every day, making it clear it is not the stranger lurking in the shadows that is most likely to rape or murder a woman or child.

It is pertinent to ask then how the conservative white projection of the rapist as that unknown black sexual monster skulking in the shadows, impacts on the safety of women within their own community?

How does this mythology silence those women who are told that the men in their community are always right and proper?

If a girl is mistreated, abused or raped in her own community, is she simply told she deserved it – she did not obey the laws of this particular patriarchy.

Does she then take the blame and remain silent – along with other silenced women?

In the case of baby-rape, the mythology of the “black witch doctor mentality” is also vociferously pushed by a conservative white discourse, explicitly to prove that black people put traditional muti and “spookery” before humanity.

This idea is peddled as another “black cultural phenomenon” premised on black folks’ supposed endless quest to cure themselves of HIV or Aids through the raping of babies. It does not seem to matter to the purveyors of these absurd beliefs that research has shown that this is not a prevalent factor in the incidents of baby-rape in South Africa.

According to Moffett, experts such as Saths Cooper of the Psychological Society of South Africa, Rachel Jewkes of the Medical Research Council, and pathologist Lorna Martin, have found little hard data to support the theory that this myth is a factor in the rape of babies or young children.

To anyone researching the horrific occurrence of baby rape worldwide it is very clear that it is not a racialised or a cultural phenomenon. Cases of baby rape have taken place in societies all over the world. At least five cases in England and the US are easily found on Google. In these reports, babies as young as four months have been raped by fathers, stepfathers or mothers’ boyfriends.

In some cases there are alcohol and drugs involved. In one case the boyfriend wanted to punish his girlfriend and did this by raping her child, a cruel phenomenon that is increasingly coming to light.

In many of the cases, the perpetrators were white.

Is this narrative of rape and baby rape as a black cultural phenomenon, one that inadvertently serves to push the patriarchal agenda of these insular, intolerant, conservative communities and assist in the controlling, oppression and ownership of their “own” women?

Throughout colonial history the construct of the black male rapist has assisted white patriarchs in keeping white women in check through narratives based on fear of the violence that lurks outside their communities, baying at the gates and wailing and gnashing in an alleged desperate need of white female flesh.

It plays out in a form of eroticised hysteria and serves to blind the women in these patriarchal communities to the violence within. In this way it becomes an accepted code that women will remain silent and silenced within “respectable” white communities and only those rapes outside of this community, engaged in by “others”, will be acknowledged and spoken of.

Is it perhaps then, this form of inherited and non-reflexive internalised patriarchy that allows a woman with a PhD to make such statements in her academic writing and thus uphold her own oppression, the oppression of the collective of women within her community and the sustained oppression of blackness in general?

Certainly it is these types of dangerously narrow and racist narratives that problematise and exacerbate the issue of rape and race in our society. They create a scenario in South Africa in which the vulnerable become the targets because danger lurks elsewhere – and babies are the most defenceless of all.

These narratives are, as Moffett puts it, “about patriarchal and hierarchical structures that remain intact and patrolling the boundaries of communities to try to keep ‘monsters’ at bay, while these same communities are breeding rapists from within”.

We all need to resist these monstrous biased and racist narratives of rape. We also need to change the way we speak, read and think about rape. This means being aware of the language of rape reportage. Often, when it is a black male who has raped a white woman, there is no doubt he is the perpetrator; it was he who raped her.

However, when a white male rapes a white woman, often the wording shifts and it is “she who got raped” rather than “he who did the raping”.

It is white women who were raped by black men who elicit the biggest response from society – all of which feeds the narrative about the black monster rapist.

It is the collection of these biases inherent in our social discourses that need to change in order for South African society to begin to deal with the scourge of rape in this country beyond the media hype and partiality and beyond one-dimensional anti-rape campaigns.

We need to deconstruct these myths and untruths that go against in-depth research and that only serve to make women more vulnerable in their own communities and in society at large.

And let us also remember – a woman, a child, a baby (weeps) is never active in this violation. It is men who rape them – it is not them “getting” raped by men, as if this is somehow a transaction in which they are actively involved.

This article first appeared in the Sunday Independent: 23.09.2013