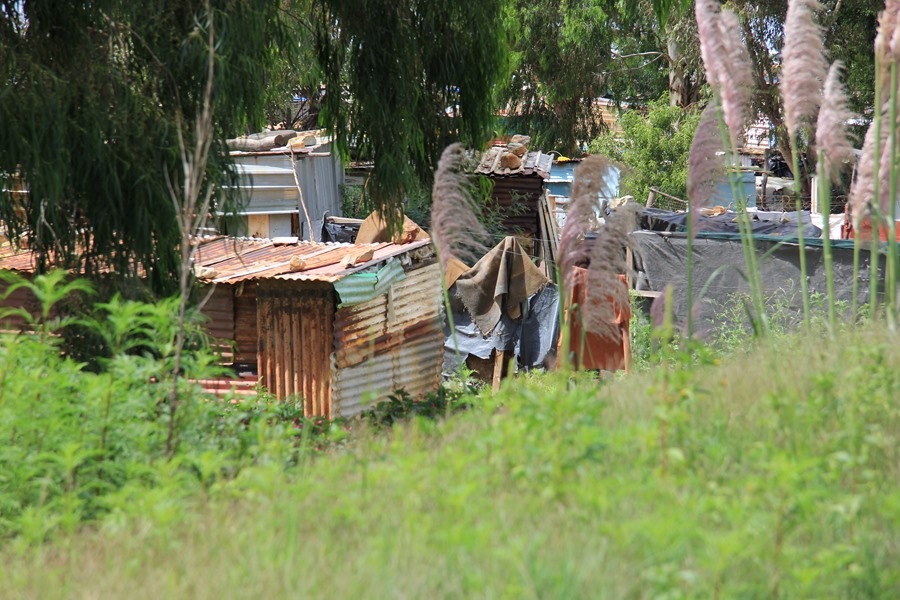 Globalisation appears to have obliterated South Africa’s decolonisation agenda. South Africa’s move towards trade liberalisation satisfies Western and European imperialism. By signing the tariffs agreement in 1995 at the World Trade Organisation, the Minister of Finance signalled the government intention to neo-liberalise the economy.

The aftermath of the WTO agreements gave rise to more investment by multi-national corporations in South Africa. The emerging neo-liberal macro-economy diverted the ANC from its pre-1994 counter capitalist radical approach, as enshrined in the Freedom Charter and the National Democratic Revolution. The multi-national corporations established conditions that undermined the ANC’s call to nationalise the commanding heights of the economy such as mines and the monopoly industrial companies.

This had complicated consequences for South Africa’s 1994 democratic breakthrough. In the context of neo-liberalism, the economy of South Africa during the Government of National Unity resulted in the drastic decline of formal sectors due to the outsourcing of the workers, subcontracting, the informalisation of black industries, and the retrenchment of mine workers.

South Africa’s neo-liberal agenda culminated in policies such as the Redistribution and Development Programme (RDP) and Growth Employment, and Redistribution (GEAR); all of which indicated the ANC’s shift from the principles of the Freedom Charter and the NDR. South Africa’s post-1994 economic woes were worsened by the fact that the ANC government had to repay the debt that South Africa owed to the IMF, as incurred by the National Party government. The pre-1994 government had presided over economic stagnation due to sanctions from the international community, and the apartheid regime’s overproduction of luxurious uncompetitive products. This led our country to further borrow from international neo-liberal institutions such as the World Bank and IMF in order to grow the economy and integrate it into the global system.

Being in debt gave these neoliberal institutions a leverage to entrench the right-wing policies such as GEAR which catapulted the emergence of the Black Economic Empowerment (BEE), in contradistinction to the initial RDP policy. The RDP was aimed at merging socially minded social services with measures that would boost and redistribute the country’s wealth, whereas GEAR gave priority to the global integration of the economy. The mantra was “pursue economic growth and the rest shall follow.” This further cemented the country’s neoliberal stance.

Another factor which cemented the neoliberal agenda was the entrenchment of private property rights. The Johannesburg Stock Exchange is also another vehicle for cementing the neo-liberal agenda because of its role in, and emphasis on, the global markets. It served as a hub for the internationalisation of South Africa’s mining and finance houses.

The adoption of a neoliberal agenda was to a great extent the major influence on the racially motivated socio-economic development program of the apartheid regime. The post-apartheid government had to manage the economy in a way that would reverse the racial economics of the apartheid government and generate genuine equitable development. As part of the drive to reverse apartheid racial economics, the post-apartheid government, at the behest of President Thabo Mbeki, initiated a black economic empowerment program that intended to generate a class of black capitalist. The government contended that it was necessary for South Africa to adopt the neoliberal agenda, to first address the pre-1994 economic crisis and to correct the contradictions which emerged in the democratic breakthrough, before pursuing its ideals of socialism.

The paradox of post-apartheid development

The objectives of the NDR were to discard the legacy of racial oppression and forge the social cohesion. Within the Tripartite alliance, the debate around NDR has been contradicted since Joel Nethistenhdze label it as the ‘Management of capitalism and the contradictions that arise thereof’ and the ANC sought a normative justification for safeguarding the neo-liberalism aganda through conceptualising the NDR as ‘a mixed economy’.

However, the ANC had ambivalently transformed South Africa. Since democratic breakthrough, the ANC government has rapidly increased the growth of black corporations. This has been evident in that between 1994-1999 black businesses captured about 10% (Share value R12.4 billion) of the JSE registered companies.

Commenting in this phenomenon of transformation, 20 years into a democratic dispensation, Empowerdex reported: that South Africa private sector remain overwhelmingly in white hands: 98% of executive director positions of JSE-listed companies are white. This shows the failure of our ANC to transform South Africa’s economic sectors.

In the post-Polokwane 2007, Thabo Mbeki fell with his State policies including ASGISA, which was replaced by New Growth Path (GNP) by Jacob Zuma during the 2010 ‘State of Nation’ address. ASGISA was a neo-liberal policy introduced by President Mbeki aimed at reducing poverty by 2010, and halving unemployment by 2014 from the 28% in 2004 to 14% by 2012. President Zuma acknowledged that structural unemployment remains enormously high; poverty perpetuates and afflicts millions; inequality is deeper. In response to these contradictions, he introduced GNP.

Notwithstanding the mentioned pitfalls and contradictions, the ANC led programmes have catered to social development and transformed society. The RDP successfully catered for social security for the disabled, children in need, and fostered free health care programmes, social grant, free houses and primary to secondary education which underpin the ANC’s social democrats model of development.

The ANC in the crossroad and the emergence of EFF

The ANC, at the National General Council in June 2011 in Durban, re-affirmed that the government should take control of economic strategic sectors such as the mining industry.

Notwithstanding this point of departure, the ANC continue to contradict the Freedom Charter through the Minerals and Petroleum Resources Development ACT 28 (MPRDA). This Law has been flaunted by the Mining corporations and not monitored by the government. The MPRDA is flawed, because mines are part and parcel of the mining mineral resources. The MPRDA is contends that nationalising the minerals without mines is impossible.

In contrast, the emergence of Economic Freedom Fighters (EFF) appeared as splendid facade of 1994 first election euphoria. The EFF was formed on the principles of implementing the Freedom Charter’s nationalisation of mines, banks and monopoly industries at the matrix of equitably share of mineral resources and economic resources of the country.

In 2013, which marked 19 years of post-apartheid, the EFF was established and promised to nationalise mines, abolish BEE, expropriate land without compensation, and provide free quality education. This was stipulated in their seven non-negotiable cardinal pillars to counter the neo-liberalism.

The NDP contradicts the Freedom Charter and National Democratic Revolution. It cannot bring about the socialist revolution, which Joe Slovo had expected.

The NDP is long and vague in its position and pursues the neo-liberalism framework of GEAR ‘the economic growth and the rest shall follow’ dictum. The NDP is the end is the product of neo-liberal agenda, since it does not abide by the ideal of sharing the country’s wealth beneath the soil.