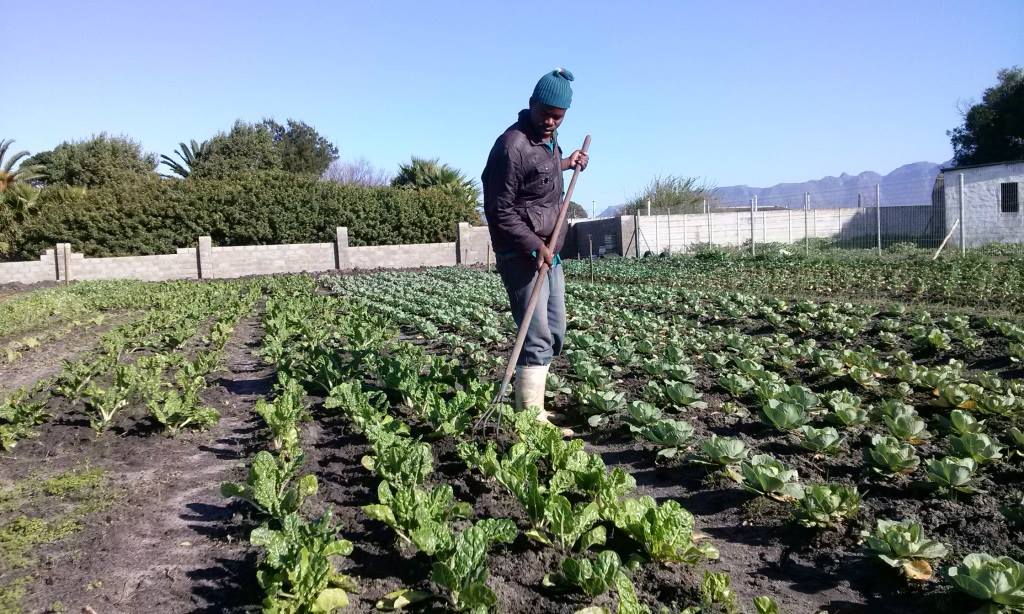 By: Nazeer A Sonday

Until recently, the prices of fruit and vegetables sold in the municipal markets in the country were published in newspapers next to the price of gold. This meant Citizen Nkosi is a witness to the market price of fruit and vegetables – the price sellers (farmers) receive from buyers (shops, restaurants, hawkers, etc)- the price generated by supply and demand in a transparent manner on the trading floors of the municipal-run markets. In this way, we consumers could compare this market price to the price we pay at the shops when supermarkets sell produce on to us. When the market price is available to consumers, this transparency protects consumers against food retail stores from manipulating the price of fresh produce, and allows for the market price for the fresh produce to see the light of day – fair value: daily.

This transparency also protects farmers since the market price for their produce is arrived at in a transparent way between buyers and sellers on the municipal market floor. Statistics South Africa was tasked by government to record trading data from the major municipal markets in the country and to publish this information in the country’s newspapers. Today this picture is not so transparent. No records are kept or published of the trading price of fruit and vegetables in the market except those records held by agents of the market. There is consequently no way to determine real ‘free’ market price for our fruit and vegetables in this country. Thus, the dilemma faced daily by Citizen Nkosi: he no longer knows that the price of tomatoes trading in our country’s municipal-run markets is trading say at R3.50 a kilogram in the morning. So when Citizen Nkosi pays R12 per kilogram at his favourite supermarket chain store that afternoon, he is completely unaware he is being ripped off!

Firstly, in the past the municipal markets in urban centres and cities were an important off-set for farmers’ fruit and vegetables. This is where farmers were guaranteed a fair price for their hard work. In a privatised market setting, this is no longer the case. Privatised post 1994, the agents – now motivated by profit – can manipulate the price free from government oversight and make sure they receive handsome commission for always selling at a high price. This way tons of food rot at the markets daily and farmers are put out of pocket. On a visit to the East London municipal market in March, 8 tonnes of onions – held back by the agents trying to drive the price up – were eventually hauled away for compost. The loss is borne solely by the farmer.

Secondly, supermarket chains – wising up to the loss of regulation – exploited the new situation. They offered farmers better prices to sell directly to them. Farmers started growing on contract and rearranged their production to suit the mostly cosmetic standards of the supermarket chain stores. This way today just four supermarket chain stores handle 70% of the food we eat. This is enormous economic clout. Soon farmers realised they needed to grow higher and higher volumes in order that they remain profitable as the chain stores started putting the squeeze on price. Today the difference between the farmgate price of fruit and vegetables and what consumers pay at the supermarket check-out can be as high as 500%. The mark-up chinks straight into the pocket of shareholder.

Today 1 in 4 citizens of our country go to bed hungry because they are just too poor and the price of food too high. More and more citizens are not even able to access fruit and vegetables – it’s just become too expensive. Such items are now a luxury. Simply because of market value chain factors: not because vegetables are expensive to grow, far from it. They are simply no longer profitable to farm. The loss of commercial vegetable farmers is a real threat to food security in the country. Since 1994, many socially held institutions that benefited consumers and farmers have been systematically dismantled. As in many other arenas, government – in cooperation with the local political and economic elite has acceded to the diktat of local and global capital. The most telling is the dismantling of the government-run fresh produce markets and the record- keeping and publishing of fresh produce trading data which corresponds with the (unsurprising) rise of the supermarket chain stores.

Twenty years ago supermarket chain stores devoted approximately 10% of their floor space to fruit and vegetables. These days this can be up to 70%. In addition, the government short-sightedly and/or under pressure from the dominant market players (take your pick) dismantled the Municipal- run abattoirs in the country. Emerging farmers and commercial farmers now have no mechanism to add value to their livestock other than privately-operated abattoirs. In the past government-run abattoirs facilitated access to the market for farmers’ livestock and guaranteed consumers high health and safety standards of meat – even Halaal and Kosher standards were easily maintained.

Today profit-taking is the sole motive of privately run abattoirs. This way small scale black farmers are denied the opportunity to add value to their livestock and consequently denied access to the market. Millions of livestock are now slaughtered annually outside the usual regulated slaughtering mechanism and this puts South African consumers generally and the poor in particular at great health risk. Clearly there is nothing free about the free market for Citizen Nkosi nor for farmers and in particular the emerging black farmer who in addition to his many other challenges, has very little land to farm. The market as it is arranged at this time is unable to offer consumers value for their hard-earned money.

Citizen Nkosi is not paying a “free market” market price for food but a price determined by the corporate players in the food system; a price determined by what the market can bear for maximum shareholder value. The inequity in the market place contributes to farm failure and is contributing to growing food insecurity in the country. The reality for Citizen Nkosi in the market place contradicts the doctrine of the free market economists and current government policy that advocate for privatisation and deregulation as the best way to realise the true market price for food- and goods and services in general. The evidence clearly shows consumers and farmers need markets to be regulated.

Nazeer A Sonday is the spokesperson for the PHA Food & Farming Campaign. The campaign’s role is to protect the integrity of the PHA as a food growing hub for the city, protect the interests of all local stakeholders, protect the PHA from inappropriate development and promote urban agriculture and food security.