HomeArticlesBeauty and the beast: How the beauty industry ‘others’ women 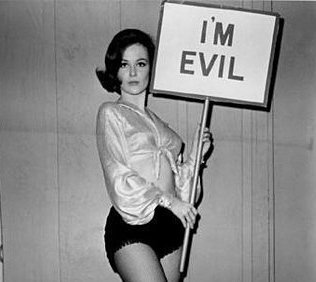 In the wake of the many global revolutionary rumblings over the past few years I have been pondering the prospect of a mass women’s revolt against the male-owned beauty industry that mostly diminishes women to mere objects and creates untold conflict in our psyches. This industry, along with the mainstream media, is premised on beautyism and has employed a very effective tool of “othering” those who do not fit into the idealised picture of what is pleasing to the male gaze.

Beautyism is an assumption that physical appeal prevails knowledge, value, or anything personable. It is the inherent bias that bestows all sorts of unproved talents and privileges onto a person simply because she is beautiful. And none does this more successfully than the beauty industry.

Many modern women fail to recognise the beauty industry as a form of oppression because their mothers and fathers initiate them into this ethos of beautyism from a very young age.

They grow up within easy reach of the propaganda machinery — the partnership between the media and the beauty industry that normalises the manipulation of images designed intentionally to create an ideal that most cannot live up to. Thus they fail to make a conscious connection between these consistent feelings of failure and the amount of money they are prepared to spend to numb their feelings of inadequacy, as they strive to fit in. Most girls have been successfully “othered” by the time they reach their sixth birthday.

This “othering” is a tactic that is used in the marginalisation of many groups of people by the moneyed mainstream. These include the LGBTI sector, the poor, Muslims, and blacks – and they are marginalised so that those doing the marginalisation can use them as a means to an end. An example is the demonisation of Islam in order to push the imperialist oil-grabbing agenda of the West.

But the “othering” of women is harder to spot because it has become an insidious and normalised reality for women from the onset and further entrenched when they receive their first blonde princess doll.

As women we receive the same messaging from our mothers, our peers, our employees and the media — a social mantra that consistently tells us that we are only worthwhile if heterosexual males find us beautiful or want to have sex with us. We are taught to see ourselves as if through the eyes of this heterosexual man and never without the filters of cultural standards of beauty. For centuries, women have been subjected to this prescriptive and evaluating male gaze and have always continued to strive to measure up to rigorous beauty standards, which are often physically impossible and not always culturally apt.

Many black feminists have written about how they have constantly been “othered” according to the ideal white woman standard of beauty. The message sent out by the white dominated machinery include: her hair is too crinkled therefore it needs to be straightened. Her skin is too dark and it needs to be lightened. Her body is too round, so she needs to go on a diet. All these “othering” tactics have forced her to become a virtual stranger to her own body and the feeling of not belonging can follow black women right into a successful career, motherhood and old age, notes feminist theorist, Patricia Hill Collins.

Furthermore the popular culture industry sets up pleasures and social privileges as things that are accessible to this beautiful woman ideal alone and this causes many women to feel worthless and not deserving of respect. These feelings of inadequacy disempower her in every field of her life. This is the oppressive and abusive face of an industry that strives for profits before mental health and has psychologically tortured real women in order to squeeze hard-earned pennies out of their purses and keep them obedient.

Of course, there have been pockets of feminists who have long since turned their backs on this delusional trap — but the majority of women continue to be slaves to this lie.

Surely we are ready to finally act on all the knowledge that these feminists have garnered over the years and at long last deconstruct this patriarchal capitalist construct that has forced women-kind into a fetishised mass of imperfect flesh with a compulsive propensity to spruce up in order to gain male approval. It is a form of power exerted over women that requires an equally powerful backlash from the feminine collective.

Feminist writer Sandra Bartky contends that no matter how hard women may try to please the male gaze, the admiration conferred on a sexy female body or a beautiful face fails to confer equality, social power, respect and dignity on women.

As hard as this may be for post-feminists to swallow, little has changed for women within the lasting legacy of patriarchy — except that nowadays, a more sophisticated and modern version of power and control is exerted on women as newer and more insidious forms of domination replace older ones. It is now the growing power of popular culture that ensures that women aspire to an ideal standard of femininity. It is no longer about the feminine body’s duties and obligations or capacity to bear children as with past generations. The new gaze has shifted to women’s sexuality, more pointedly, its alleged heterosexuality and appearance.

The woman who obsessively monitors everything she eats and who preoccupies herself with her hair and make up all day, “has become a self-policing subject, a self committed to relentless self-surveillance”, contends Bartky, in a reference to Michel Foucault’s theory of self-surveillance famously known as the “panopticon” — the prison which is seemingly unenclosed but provided with a central surveillance system that keeps you subjected to an evaluative gaze. We are aware of the controlling gaze and consequently groom ourselves for approval.

This plays out, as a form of obedience to patriarchy and the woman becomes “a body designed to please or to excite”. Television programmes such as Sex in the City and Generations undoubtedly exhibit this obedience even while presenting the female protagonists as liberated. Bartky cautions that the inevitable consequence of this submission becomes a commercial enslavement of all categories of women to a transcultural consumerist culture.

It is time that we women collectively shed this penitentiary-like phenomenon of the perpetual male gaze and say no more to capitalist and consumerist propaganda that insists that all women look, behave and consume in exactly the same way.

Undoubtedly a revolutionary epoch offers us the opportunity to halt this enslavement and for women to realise that they have been duped into believing that this status quo is normal rather than seeing it for the restrictive jail sentence that it is.

This article first appeared on SACSIS