HomeArticlesIf I were a Rector 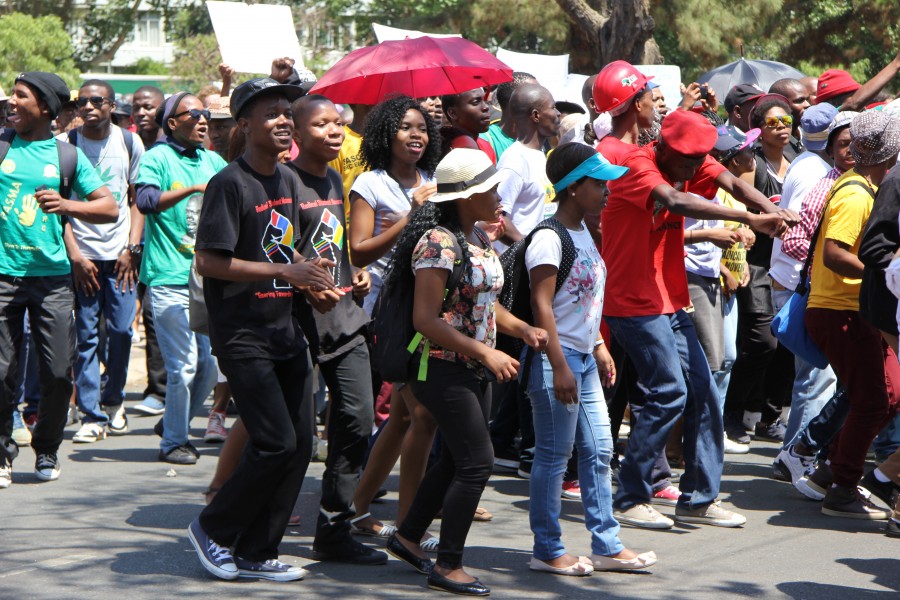 If I were a Rector:

I would never ever refuse to set a meeting with a student or refuse to financially assist a student that has been failing his or her modules, I would set up an office to specifically intervene& identify what the challenges of that student are at home, on campus& how the lecturers are involved in offering extra support. Even the most stubborn& resistant student is definitely worth reaching out to, no one is irreparable. I once was a troubled teenager so I know what I am talking about.

Intervarsities, camps, festivals, concerts, pre-exam bashes& sports days will be a blast on my campus but actually they will be fundraisers for students that are going back home to find a home with no food for the holidays.

All my students will have to do vacation work over the holidays in a company related to their field of study as well as an NGO in the township, this will also be credit bearing so no one will graduate without meeting these requirements. Their final year will be heavy doses of financial literacy& personal finance modules as well as community work to put their skills to the test.

No racist or sexist or homophobic or tribalist will supply anything or do business on my campus. The same applies for those that buy supplies from sweatshops/ collude with other businesses or don’t empower& respect their employees.

Students like the one who was telling Helen Zille not to touch her/ the RMF students will be invited to speak and share their life stories because behind that anger we can uncover so many realities which no academic research can ever uncover. Social activists like Gillian Schutte and her husband will be visiting all faculties as guest lecturers for each& every qualification on campus and without a doubt their lectures will be part of academic assessments. People like Richard Branson, Raymond Ackerman, Ben Turok, Julius Malema, Thuli Madonsela, Khanya Dlanga& Vusi Thembekwayo will appearing at events in order to inspire a generation of different thinkers.People like Glorious Mangwane, Bonga Hero and Clive Mopeleti will always be part of guest speakers on first year orientation coz they walked a rough path to get their degrees.

I will host a summit on inequality& make CEOs, professionals& academics be a minority part of the panel then poor people from squatter camps& social activists will be the super majority of the panel.

I would fire any lecturer that makes students write a test at 6am during a strike coz there are students that live in squatter camps, Thaba Nchu or Botshabelo who will never be able to make it to that test.

I will definitely harass the government, alumni, music artists, sports stars& businesses for funding. There is nothing as terrible as having students that cannot focus 100% on their studies due to financial pressure, I will never allow it under my watch.

I’d change my dean of students for suggesting that campus security be called to see to a mentally ill student which he/ she has never met, instead of going to look for the student with one of the mental health professionals on campus to see what can be done you suggest security officers be called in. Why are you exactly employed as dean of students?

I would never allow a homophobic or racist or sexist or tribalist lecturer to be comfortable to a point he or she boldly discriminates against my students or staff, no matter what our views or beliefs are- it is very traumatizing& psychologically damaging for students on the receiving end of that staff member.

I would never call out students for having a different opinion from mine, in fact I will rather invest my time& resources on getting to understand the reason behind why these students say or do things the way they do.

I would embrace student activists, entrepreneurs, innovators& artists. I would find a way to make it possible for working students to get study material& videos on the campus on line platforms.

I will never make students live according to race groups or religion or culture it will be a first come first placed basis. Assignments will be done in groups as they are on the system by student numbers per module, that will prepare students for the realities of working with strangers all the time in the corporate world.

I will have an open week to allow parents, siblings, relatives/ friends/ community members of registered students to accompany the students to a class of their choice. People need to see a world beyond poverty/ privilege, in such a space that is where we all aspire for bigger meaningful things that we didn’t know existed before.

There will be a festival for various cultures, subcultures& religions every year, I will create a progressive platform to encourage various political party members to find common ground and get to work on various projects together in order to foster a culture of political tolerance& consolidation.

During strikes I will be in the front with my students or I will be at service delivery protests/ labour strikes against capitalists that are profiting big tmie at the expense of employees or communities or other businesses, I will be at anti-corruption marches with my students coz I don’t want them to be part of the problem nor do I want them to suffer because of corruption while studying/ when they look for jobs& other opportunities.

I will ensure pro-African economics is a priority on my campus, all my students will do a module that makes them aware of how the world benefits on the pain of Africa. They need to get it that the more uneducated we are the easier it is to exploit& violate people, the more disempowered and uninformed the masses are more they can trample upon Africans.

My dreams may seem far fetched but they actually are my ideals of what I am looking for from a rector& what is missing from campus which would have made a difference to the lives of many people& it would have made South Africa a better country.

Now I finally want to be a rector coz by being a rector I will be the rector that I wish I had & needed as a student.

Faith Keabetswe Leburu is a student at UFS studying Bachelors in Management. I am a social entrepreneur& social activist and I am involced in multiple projects in Cape Town, Bloemfontein and in Johannesburg.