HomeArticlesLeering glances: The silence on sexual harassment is untenable 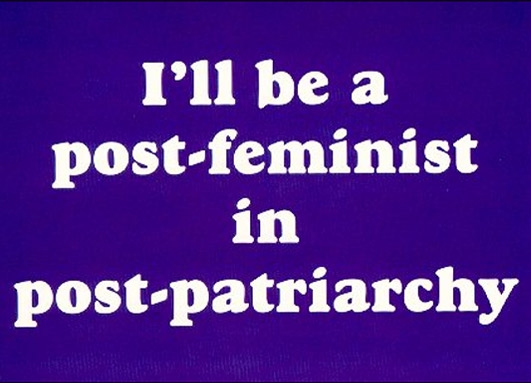 circumstances experience in daily life. Most men, even educated men from so-called respectable backgrounds belittle women’s experiences of sexual harassment. Internationally, this has led to a spate of new films and campaigns where women are calling attention to casual and more aggressive forms of sexual harassment by turning the tables on men. Their initiatives are highlighting what has almost become a taboo subject to talk about.

Recently the Guardian’s website posted an article and video by filmmaker Leah Green, which quickly went viral. Done in comedic style, in her video, “Get your arse out mate”, Green reverses the gender situation and becomes a sexual street pest herself harassing men in public spaces. While her behaviour appears extreme, all the scenes in the movie are based on real experiences reported by women. The results are really very funny as men react with disbelief and in fact turn down the feminine sexual predator. Their destabilised reactions speak volumes about who claims the right to behave as a sexual predator on the streets.

Green argues, “The disbelief of the men in my film mirrors the disbelief we should all feel when acts of everyday sexism happen to women.”

French filmmaker, Eléonore Pourriat’s short film Oppressed Majority also went viral on YouTube when it turned convention on its head by telling the story of a man who is sexually violated in a matriarchal society. Pourriat who wanted men to experience the rejection experienced by female victims of sexual violence received a flood of hate mail after her film was released.

Meanwhile in India, a student film project that produced a video campaign against street harassment also went viral. Its message is sharp and simple and goes a long way to holding up a mirror to men allowing them to understand why this behaviour is unacceptable to women.

Yet sexual harassment, often casually dispensed by men, has not been part of the public debate on violence against women in South Africa. With appallingly high rape statistics, femicide and hate crimes against lesbians living in townships in South Africa, catcalls and wolf whistles seem trivial in comparison. And yet street harassment is so widespread that it is should be acknowledged as a violence against women as well. It makes women feel insecure and anxious and thus restricts their mobility. It also thwarts women’s efforts to achieve control over their public lives and to feel legitimate in public spaces.

Far from innocuous, street harassment ensures that public spaces become masculinised, as multiple infringements on the autonomy of women are disregarded in what should be free and open spaces. This creates a situation where no woman is deemed sacred or self-governing and in order to remain secure is forced to perform a consummate and passive femininity to please and placate potential sex pests on the streets. In this way then, street harassment is a form of low-grade war on women in the public sphere. In fact feminist writer Hawley Fogg-Davis, author of “A Black Feminist Critique of Same-Race Street Harassment” calls it sexual terrorism.

“Sexual terrorism is an apt description of street harassment. As a young woman you know it will happen, but you never know for certain when or how it will happen. This makes street harassment hard to define, and difficult to combat. Its insidiousness derives in large measure from its venue: the semi-private, semi-public everyday occurrence of walking, sitting, or standing along city streets, or other public spaces such as parks and shopping malls.”

This focus on women’s harassment abroad prompted me to ask South African women to share their personal experiences of this occurrence with me on my Facebook platform. I wanted to understand the collective experiences of women in their everyday lives as social actors negotiating public spaces.

It became clear to me in this informal poll that men representing a cross-section of demographics are capable of street harassment and do practice it.

Respondents listed harrowing experiences of harassment while engaged in routine activities like going to the supermarket, at public swimming pools and of course while using public transport.

Elise Black Athena Fernandez: I think many coloured and black women can vouch that this has been happening to them from a very young age. Especially when using public transport. My friend and I were about 16 years old when we took a train into town. A man sitting opposite us masturbated right there. No one I know likes walking through the taxi rank in Cape Town because of this. No one really speaks about it.

Mbali MamakaUmi Mthethwa: I once got slapped by a guy who was trying to ‘hit on me’ and I wouldn’t respond to his advances. The thing about it that was scary was that I was in a busy area at Bree Street taxi rank and a lot of people saw it happen, but not one person did a thing. I just walked off crying. And when you don’t return men’s advances in town, you get called a whore or a bitch, just because you wouldn’t say hello back!

Goitsy Freeverse Lehmann: Yep, Van der Walt Street Pretoria … I have had buttocks grabbed, name-calling just because I would not reply to advances … like you owe someone your smile and your ‘good’ mood. They feel entitled and I think the root of the problem lies with the general feeling that women are objects of pleasure … I mean how can you get harassed because you refused to smile at a stranger.

Barbara Abdinor: I had this gross old guy staring at me relentlessly a few days ago while I was sitting in my cozzie at the water slide park with my kids. My sense was that he felt he had paid the entrance fee and that was why he was there, to stare at women in swimming costumes.

Zimasa Mkentane: I was walking with my little sister to a supermarket around 5pm, and I noticed that there was a car going up and down (following us). We went into the supermarket, came out and I noticed the same car following us back to our place. Then this old white man stopped the car, (got) out with no clothes below the belt and played with his penis while he waved at us to get closer. We ran and took a different route back to our flat …

Liza Jane Shuttleworth: I can assure you that white girls get it just as badly as black women … aside of course from the fact that as a white woman I am lucky enough not to have to use public transport or walk anywhere other than for recreation (in ‘safe’ areas, with a man and a dog in tow). But that said, I do a lot of work in rural areas and it seems that there is never a time or place where openly talking about my body, trying to grab me, talking about sexual acts and insisting I go out with/marry them is inappropriate.

Black and coloured women and working-class women who rely on public transport or the taxi system are most exposed to and vulnerable to aggressive forms of sexual harassment. However, it is also abundantly clear that from the maid walking to work to the madam going out for her morning jog, no woman in South Africa is safe from sexual harassment.

Of most concern is the fact that this sense of entitlement over women’s bodies is perpetuated by mainstream culture.

Women are tired of being stared at by men and it’s not just the creepy guys that bother us. Street harassment, sexual terrorism, leering, and unwanted advances — all of these categories of sexual harassment wear women down. Men clearly need to be educated on the intimidation and mistreatment of women who are recipients of unwanted advances, lecherous glances, utterances and actions.

It is time that this syndrome was outed and spotlighted in the very public spaces where it occurs. South Africa needs a visible public campaign against this untenable treatment of women, which has become normalised in our masculine society and rendered invisible to everyone but its victims.

Gillian Schutte is an award winning independent filmmaker, writer and social justice activist. She is a founding member of Media for Justice and co-producer at Handheld Films.