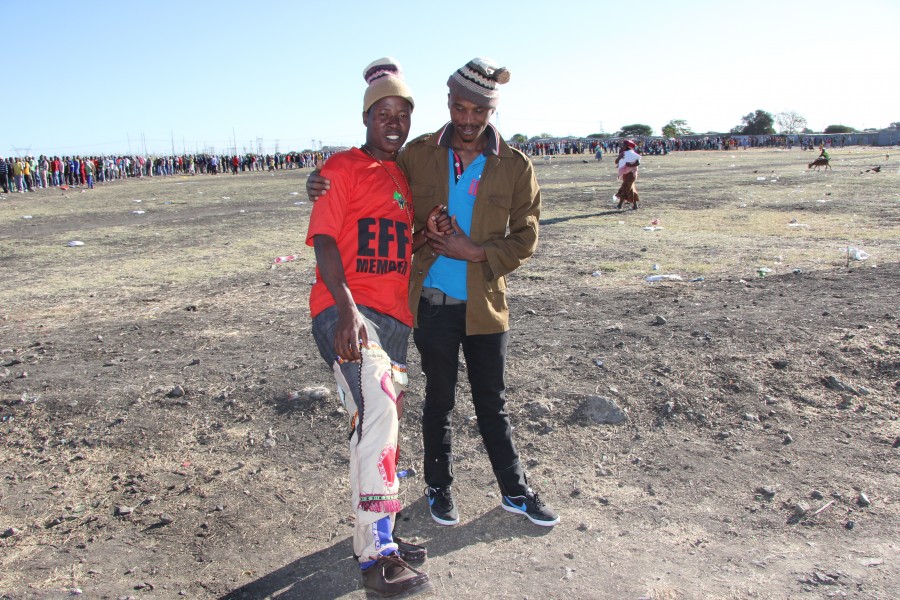 The post Mandela era in South African politics has left many wondering if the ANC dream of a democratic, non-racial and prosperous society opened to all, can be sustainable in Mandelas’ absence? Both outside and within government the former President (Mandela M.H.S.R.I.P) tirelessly forged after a dreadful divisive apartheid past for an inclusive, peaceful, and transformed transition of a sound society that future generations can inherit with pride, joy and dignity as a gift from their fore-bearers. Mandela legacy History has shown that every revolution produces heroes and villains determined in the success or failure of the goal(s) in pursuit measured on challenges in relation to the solution to address the problem(s).

The ANC as oldest liberation movement often prides itself with the mettle of seniority and therefore experience in struggle championed by the hawks and doves combination, often tussling towards a workable solution often reached rationally through wise counsel and persuasion of the learned elder(s). Mbekis’ era however seem to have dealt the first blow to that legacy left by Madiba as more centrist and dictatorial tendencies by the technical and well educated young brigade started to emerge in professionalizing Luthuli House into a technologized modern machine poised to engage within the marketerized 21st century global politics.

Lacking of populism, an important gift and flavor in the liberation tradition, the Zuma era seemed to have answered the cries of those felt marginalized in the aloofness of Mbeki. Mass appeal, weapon of success? Coupled with many other troubles of the Mbeki era, issues of job losses, corruption on the rise, and abuse of state apparatus to settle scores was a vital weapon to remove Mbeki from office ushering in the more revered Jacob Zuma after the ANC 2007 Polokwane conference. Instrumental in the Zuma victory were various groupings including the labor, youth, MK military vets, Zuma loyalists’ faction, business (friends’ of JZ) but none more instrumental and yet detrimental as the fiery and feisty Julius Malema.

Proclaimed although by self as tutored by Peter Mokaba, at age 30 Malema already laid claim as an heir to the mettle of populism left by the Mandela struggle couple enjoyed by a few including Jacob Zuma throughout the ANC. Just as ‘queen of the struggle’ or ‘mother of the nation’ Winnie Madikizela-Mandela, Julius Malema dubbed Juju’ bad boy of politics takes a fair share of followers endeared deep into their hearts through thick and thin.

Zuma magic turned Zumas’ downfall Whilst a long journey from a 90s’ populist Mandela RDP era, into an unpopular market driven 1996-2007 Mbeki GEAR era produced a Zuma Tsunami, armed with a m’shini AK47 (Julius Malema) a trusted weapon in the arsenal against all including Zuma himself unfortunately perhaps unknown at the time. The post-apartheid democratic society struggles with poverty, unemployment, inequality issues (PIU) among others with the NDP as a long term solution in the country, but personally Zumas’ own ghosts persists to haunt him.

As head of state in control and command of entire state apparatus it would seem President Zuma can still emerge unscathed from withdrawn charges, Gupta gate, Nkandla gate and any possible challenge save one, the Malema factor. Outside the ANC like Archile whos’ wounded back feet ended his victories, and the Waterloo putting a stop to Napoleon victory marches, so is Malema a danger to Zuma outside the ANC.

The wise in the party seem to have reconciled with the logic hence rumored are strong indications to woe the bad boy Juju back into the ANC as Mama Winnie Madikizela-Mandela once sworn. Any doubt to this theory should be gauged against the formation and performance of the newly formed fledgling EFF and the abilities of Julius Malema as a party leader and MP in recent time.

The author is an anti-racist activist studying with both Unisa & Wits writing in personal capacity.