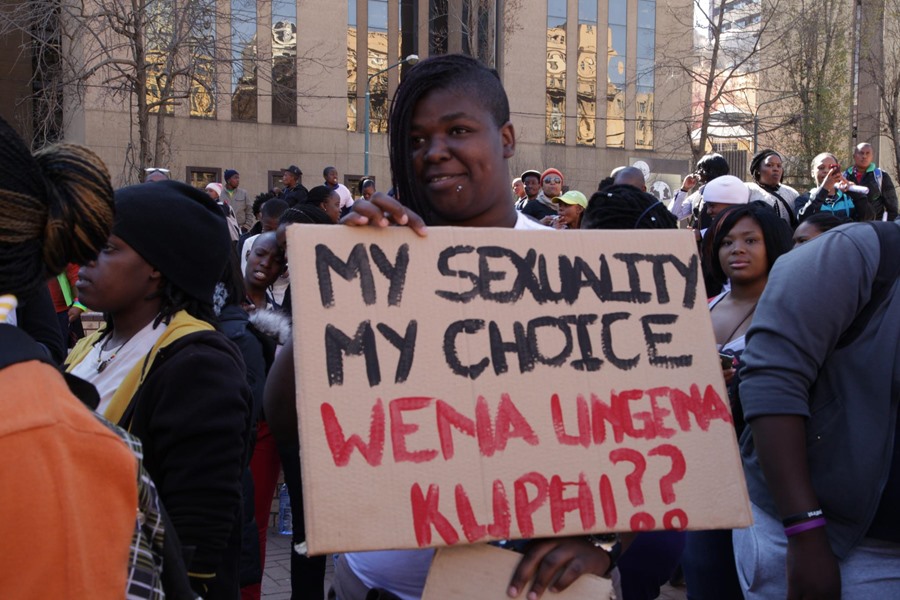 We are a diverse group of people from suburbs and townships, queer and non-queer, workers and unemployed people, black and non-black, disabled and able-bodied activists, feminists, conscious and interested people. We come from economically advantaged and disadvantaged backgrounds, with competing interests and visions, yet joining in the call to Reclaim Our Pride.

We are critical of:

Particular to Joburg Pride, we are critical of:

We call for a Pride that:

The de-politicisation of Pride protest celebrations and increased commercialisation is evident across the globe. Our call to reclaim is a call to organise for freedom. Our call to reclaim is a movement of conscientised activism towards another way of being. For as long as we are alive, we will continue to agitate, to imagine, and to fight. On the backs of those that have gone before, we will continue to build resilience and resistance. We believe in another pride. We believe in another world. We believe in reclaiming a people’s pride.