HomeArticlesTime for a Peaceful Revolution 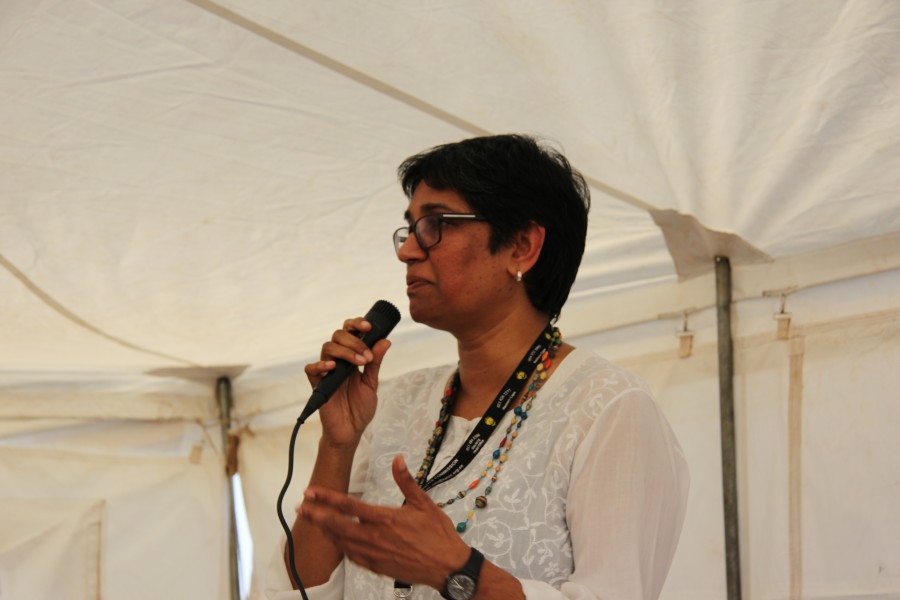 From high-profile cases to cases that never make the headlines, it is clear that there is no ceasefire of the war in homes, neighborhoods and workplaces. Patriarchs, from pulpits and podiums, attack the dignity of people who do not conform to militarized masculinity and submissive femininity. Every day we hear of misogynistic attacks on babies, children, heterosexual and lesbian women and people who are gay, bisexual, transgender and intersex.

The international campaign of 16 days of activism to end gender violence began on the international day against violence against women. This global solidarity campaign was initiated 23 years ago in 1991. The year before, Nelson Mandela was released from prison and led the ANC in intense negotiations with the Apartheid regime. Those negotiations, together with active civil society campaigns, ensured that racist threats of civil war were successfully averted and SA developed a Constitution that committed to a non-sexist society in which women could enjoy the rights to bodily integrity and substantive gender equality.

This year’s global campaign theme is “From Peace in the Home to Peace in the World: Lets challenge militarism and end violence against women”. Gender equality and relations are ultimately about power and the definition, use or abuse of that power in the home, society and the state. Policy-makers, legislators, trade unionists, civil society activists and human rights institutions have to interrogate the analytical frameworks and programs of action that reflect and shape how we think and act. We need to understand which social, economic and political policy choices undermine women’s power and devalue women’s lives. We need to interrogate the structural, systemic causes of women’s increasing vulnerability to gender based violence and the institutionalized violence of poverty and inequality. What is preventing women from enjoying human rights?

Women’s unpaid or poorly paid work helps corporations make billion-dollar profit for a handful of very greedy owners, executives and share-holders, while a self-perpetuating arms industry provokes war across the planet. Women’s role as subsistence farmers and small-scale farmers is recognized as the key to the right to food security, sovereignty and an end to hunger. Yet that work is not valued or counted as a contribution to the economy and receives little or no support. Instead political leaders and policy-makers prioritise laws such as the Traditional Courts Bill that undermine rural women’s rights. Today, 95% of SA’s rural water is used by 1.2% of people who own agribusiness, mining and other industry, while over 60%of SA’s children live in poverty. Stats SA’s most recent report reveals that, “only 30.8% of Black African women are employed”. Most of the jobs in which women are employed are precarious jobs. Thousands of ‘women’s jobs’ in the formal economy have been destroyed by economic policy choices that are blind to human rights, especially substantive gender equality. In the ‘informal economy’ women receive little protection from the labour laws, which they had fought for.

In 1996, our Government acceded, in a critical post-Beijing Cabinet commitment, to ‘decrease military expenditure and increase spending on women’s empowerment.’ Yet later that same year our country entered into an arms-deal with European corporations. This deal was a corruption of SA’s policy priorities to address violence, poverty, inequality, HIV and AIDS, by arms corporations, backed by their powerful governments. Central to these priorities was the need to demilitarize our police and security forces after the war of Apartheid against the citizens of our country and neighboring countries. Democratic SA had to build a new culture of accountable and responsive government that respected the dignity of those the Apartheid state had deliberately undermined. Accountability of the state to people who are Black, female and poor requires a fundamental shift of paradigm and practice from Apartheid’s capitalist, patriarchal mindset. Elected leaders whose mandate is to protect and promote human rights must be held accountable to those who have been reduced to the poorest and the most powerless as their land, water and other natural resources are taken from them. Leaders cannot collude or be corrupted by those who lay claim to the wealth of the world.

Civil society has demanded that the Ministry of Women “develop and implement a comprehensive and fully funded national strategic plan to prevent, combat and respond to gender based violence”. There are many expert research reports that address the policy and program changes required in the the criminal justice system, co-operative governance, social development, health, finance, human settlements, water and sanitation, labour, trade and industry, economic affairs, agriculture, small business development and many other departments in all spheres of government. The many parliamentary hearings and consultations in civil society that have been held, can inform an inclusive strategic plan.

This year’s campaign can be used to expose the connection between the violence against women and the institutionalized violence of economic and religious fundamentalisms that perpetuate war, poverty and inequality. This solidarity campaign ends on International Human Rights Day, which recognises women’s rights as human rights and human rights as women’s rights. The Universal Declaration declares that human beings are entitled to the right to be ‘free from fear and free from want’. It also recognizes that “Everyone is entitled to a social and international order in which the rights and freedoms set forth in this Declaration can be fully realized” Nothing less than a peaceful revolution in ourselves and our world is needed to create that order.

This article was first published by SAHRC on Novemeber 14

Pregs Govender is SAHRC Deputy Chair and a full-time Commissioner. A feminist activist, Pregs organized against Apartheid as a teacher and trade unionist. She managed the Women’s National Coalition during SA’s transition and served as an MP in SA’s first Democratic Parliament (1994-2002)