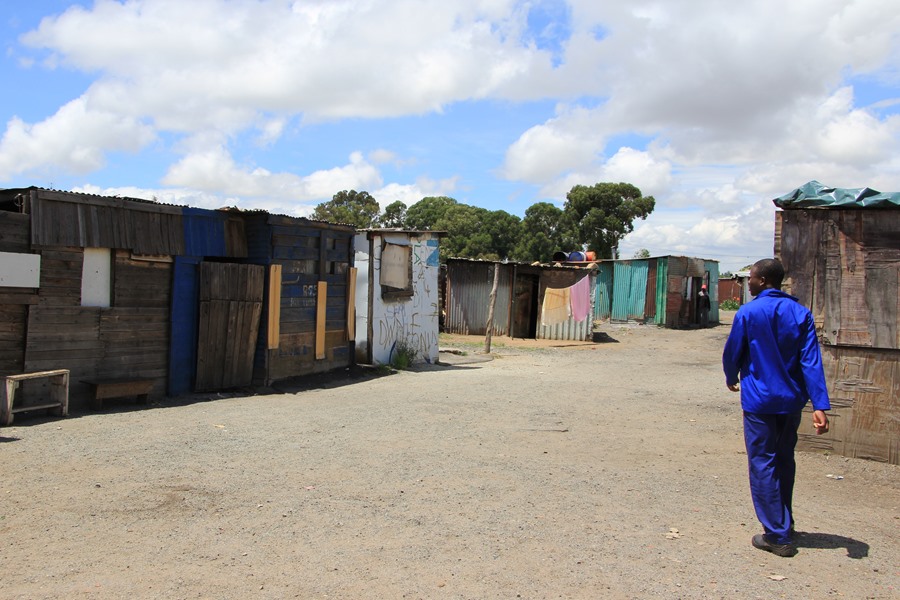 By Glenn Ashton.We must ask ourselves whether xenophobia is perhaps just a label we have slapped on a phenomenon that has been inadequately analysed or understood. Are our beliefs around xenophobia perhaps just lazy thinking?

Do we really collectively hate outsiders to the extent that we are willing to murder them, loot their businesses and homes and go so far as to set them on fire? Have immigrants not historically contributed significantly to building our nation? This is a situation that obviously needs to be more thoroughly examined.

Were we a truly xenophobic nation then the phenomenon would manifest across all sectors of the population – across different races, different classes and different neighbourhoods. Given our history, surely there would be a trend or association between racism and xenophobia? Surely the old National Party supporters would be xenophobic, given that they were racists? After all, apartheid was built on fear and distrust of ‘the other.’

But these supposed outbreaks of xenophobia occur exclusively within one stratum of society – in poor, black communities. This fact alone provides a huge clue that we are not looking at xenophobia per se, but a rather more nuanced phenomenon.

South Africa has attracted huge numbers of immigrants, estimated at between three and eight million people. We also know that many of our own people have moved around the country to a degree that was practically impossible during apartheid times.

Most immigrants are political or economic refugees with little option but to seek accommodation wherever it is cheapest. This is usually in the squatter camps and informal settlements around the margins of our established towns and cities.
Here, new arrivals find themselves cheek by jowl with the poorest locals who are often internal migrants, seeking better prospects for themselves and their families on the margins of the new South Africa.

Frustration and desperation are prevalent amongst this poorly educated, often rural and disempowered population, whose lives remain largely isolated from state intervention, in the midst of a uniquely unequal society. Frustrations sometimes surface in the form of protests against a lack of ‘service delivery.’ The longer our poor and marginalised remain ignored, the more frequent and violent these protests are bound to become.

Within these communities, immigrants are perceived as being relatively successful. Many, like the Somalis, have created a niche by providing relatively upmarket ‘spaza superettes’ in informal settlements. This has resulted in alleged police shakedowns and staggering incidences of murders and robberies. Consequently, local spaza shop owners have been implicated in stirring antipathy against Somalis.

Similar dynamics exist amongst Zimbabweans, who comprise our largest sector of immigrants and refugees, fleeing the meltdown in their homeland. Zimbabweans, like other immigrants, have often had the benefit of better education, giving them a competitive edge. They vie against locals for scarce jobs, often settling for lower wages. So, too, with other immigrant populations who will settle for less as car guards, labourers and employment in other low paid, menial work.

Many of these outsiders are familiar with dispossession, marginalisation and poverty, as bad, or worse than locals have experienced. Now they are pitted against already desperate people, in a situation that fundamentally revolves around the realities of economic survival. Desperate locals and outsiders compete in crowded proximity. Locals are (perhaps justifiably) aggrieved that their perceived entitlement to a better life in post democracy South Africa is being threatened by outsiders. The inevitable result is social volatility and violent reprisal, presented as xenophobia.

But what we are dealing with is not xenophobia but is the consequence of poverty and the lack of progressive economic transformation since 1994. Just as service delivery protests are about the continued inability of authorities to meet the requirements and demands of the most marginalised sections of society, we can make an equally strong case that these sporadic outbreaks of ‘xenophobia’ are simply another aspect of the same problem.

A close examination of purported xenophobic outbreaks of violence shines the spotlight on some of our most intractable problems, that of economic marginalisation. We must realise that the problem lies not with ‘them’ but with us. Equally, this is where the solution lies. It is just as well that government statements have indicated that our leadership has now realised that these tensions are more due to economic realities than to xenophobia. Now leadership must take action and lead in addressing these insights.

For the poor, very little has really changed since 1994. The education system has languished. The job market has stagnated or contracted, even for matriculants. Economic activity has recently diminished; wages paid for unskilled labourers remain low. Much of this is because of our slavish pursuit of same neoliberal economic policies that we inherited, waiting for the trickle down effect to take place. We may as well wait for Godot.

The consequence of all of this is that the most marginalised sectors of our society, will seek the closest available scapegoat to blame for their situation. Immigrants fit the bill, rendered prominent through their perceived successes and vulnerable through failure of civil servants like the police to protect their constitutional right for equal treatment before the law.

Reassurances from the SA Police Services head, Nathi Mthethwa, that his officers will not tolerate any xenophobic violence are to be welcomed. Formation of a Cabinet task team to deal with this threat is also constructive. But are these approaches sufficiently nuanced? Does calling the problem xenophobia deal with the nub of the matter? Does sending in the army solve a systemic economic problem?

We can use our intelligence services to stay on top of potential hotspots. But if we do not change how we provide services to the poorest of the poor, then eruptions around ‘service delivery’ and ‘xenophobic violence’ will become indistinguishable in their results – social dislocation and spiralling violence.

We must also deal with the major problem of alleged police indifference to, and even collusion with, xenophobic outbreaks. In 2008 the police were accused of standing back and not properly protecting immigrants. If high level leadership within SAPS has not firmly informed officers of their constitutional obligation to serve all residents, whether local or immigrant, then any reassurances from the heads of police ring hollow.

We need to balance the rights of foreigners against perceptions of locals who also struggle to access state services, like adequate policing, health and social services. There is a real danger of exacerbating tensions if immigrants are perceived as having superior service access to locals and if the police are seen to take their side.

We have neglected the poorest sectors of our society for far too long. We must face the uncomfortable reality that ‘service delivery protests,’ supposed ‘xenophobia’ and even crime are just different aspects of the same problem – that of poverty, exclusion from power, access to services and lack of economic reform. These remain the most pressing issues faced by the most marginalised sectors of society – the poor and immigrants alike.

Unless we deal with these issues we are simply putting an imaginary lid on a pressure cooker that will blow, with unpredictable results for everyone. Permitting one sector to be portrayed and victimised as the ‘other’ is setting ourselves up for social instability and unrest, to the detriment of all.

Unequal societies are unhealthy societies. A failure to bridge this apparently yawning canyon of unmet expectations will inevitably trap us in cycles of violence against a faceless ‘other’ who dwell amongst us, be they rich, or foreign, or middle class, or from a different tribe or of a different colour.

We have faced this chasm before. Never again can we allow the concept of ‘the other’ to tear our social fabric apart. The World Cup let us rediscover and share our common humanity and our Africanness in unimaginable ways. It has equally demonstrated our ability to meet goals at planning and completing complex infrastructure projects on time.

We must build on the success of the World Cup by setting more equitable service delivery goals. We need to urgently and meaningfully address the dismal situation of the poorest, most marginalised sectors of society. We don’t need only handouts but must provide hands up. We have achieved much but have much more yet to achieve.

* This article first appeared on The South African Civil Society Information Service. It has been slightly ammended bytaking off the first paragraph – which was written in 2010.
* Glenn Ashton is a writer and researcher working in civil society. Some of his work can be viewed at www.ekogaia.org.