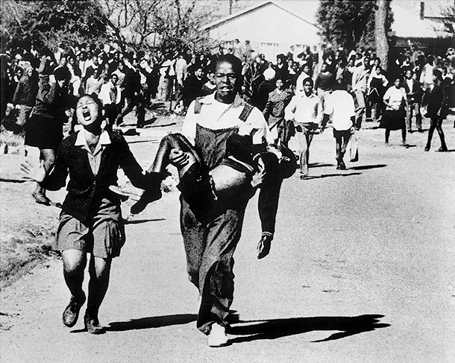 The occurrence of the #FeesMustFall movement came not only as shock but a theatrical display of students’ militancy to the South African protest landscape. Students dedicated put inter alia their bodies on the line to save South Africa from the shackles of inequality, looming unemployment and poverty by demanding fee free Universities. This crisis is not exclusive to South Africa but it is an African social crisis which was a legacy of colonisation and apartheid projects.

Student politics are the epicentre of broad perspectives mainly because it symbolises societies intellectual hub and provides platform for intellectual debates. This was proven during post-World War two, in the middle of the Cold War combative battle between United States of America (USA) and Vietnam. The USA students took it to the picket-lines to protest against then the President Richard Nixon, and Ronald Reagan’s decision of airstrikes in Vietnam and the murdering of the innocent kids, women and senior citizens.

It was here in Africa when the students of Egypt participated in the removal of the long-serving authoritarian president and post-colonial disaster president Hosni Mubarak. This revolutionary event it is attached to the Arab Spring, however this was the second phase for Egyptians revolting against the state. The first of which was 1952, revolting against the colonial regime of monarchy this epoch knows as the 23rd July Revolution. The primary objective of Arab Spring was democracy, deconstruction of Westernisation, economic prosperity and equality.

With no doubt, the students shaped the discourse of Arab Spring by being first to show rebellion-ism and resistance against the government of the day. Surely, the students were at the behest of representing the downtrodden and industrial working class. The youth and students of Egypt they were overwhelmed by government’s manipulation of elections and using of the state machinery to clamp down on the dissenting and legitimate voices.

It has been alluded that democracy is myth and is part of ideological westernisation of the world. Acknowledging the fact that the liberals under Feudalism challenged the Feudal system. They posed a challenge Feudal system with contention that feudalism diffuses the centralisation of ruling and power to landlords. The Western and Europe commenced the fight against feudal system and eventually replaced the feudal system with the liberty, democratic system and free market system – so-called capitalism.

Indeed, our people need to start defining democracy in a way which is inclusive to everyone. Meaning that democracy must not solely be about political freedom, it must include economic rights and social rights. The reality is that democracy in South Africa only serves the minority of people, particularly white people. How can we embrace democracy and African society when our leaders turn to dictatorship, a kleptocracy, and looting of the state resources while poverty continues to tear down the country?

The students took it to the street in 2015 to protest for free education, which has been a debate and since 1990 been suppressed by transformation and decolonisation debates. Du Bois should be proud of students for providing critical question to the state.

Our government must revisit the Constitution in order to dismantle liberal democracy which act as a force of capital accumulation for multi-national corporations and political units. The students’ politics must effectively challenge the sitting government for its defence of liberalism. This happens through establishment of Black Economic Empowerment (BEE), decommodification of higher education and institutionalising of traditional leadership. It is undisputed that traditional leadership are structural patriarchal and masks the striking poverty rural people.

Students and re-imagination of democracy

The student movement must began to re-think democracy under the contemporary conjuncture. South Africa continues to be the most unequal society in the world under democratic dispensation. The reality is that democracy it is intimacy of liberalism—whereby its gives big businesses such as Platinum belt, Lonimin Company and Shoprites the freedom to exploit and dehumanise people particularly black people.

Students must understand that this democracy is not the democracy for everyone under the sun. But it is democracy for those with capital accumulation and those co-opted to the system in 1994 such as Deputy President Cyril Ramaphosa, Former President Kgalema Motlante, Former trade unionists Jay Naidoo.

But how do we start re-imagining the democracy? The point of departure is that 23 years of democracy without thoroughgoing economic transformation for the people. The reality is that in 2015 we embarked in the #FeesMustFall without really thinking of the root cause of the fees problems and institutional racism—which appeared to be inherently capitalists’ state and liberalism macro-economic strategy.

By re-imaging democracy is to say we must tempo of the majority of the industrial working class and students must merge like Egyptian to raise the class struggle which will eventually force the state to dismantle the liberal democracy and replace it with socialists’ democratic state.

Where do students fit-in?

At the heart of it all, democracy can be many things as long as students and youth militancy innate the revolutionary conscious of emancipating the majority of structural oppressed folks such as the unemployed, poor and the working class. This can happen through thinking of democracy as the tool to economic freedom and the deposing of Freedom House’s (FH) perceived democracy that it is right to vote and civil liberty. By liberty they mean the liberalisation of the economic system through macro-economic strategy of neo-liberalism policies.

Growing up and going to school in a rural area in Limpopo, we were always told that we must take our education seriously because it is the vehicle to escape poverty. It is sad to think of poverty in the rural areas. The poverty in the rural areas has extended to the degree that there many households without electricity, pupils go to school with torn clothes and some without shoes. Growing up there I have seen poverty killing many young brilliant people’s dreams. Attending school without laboratory and other necessary equipment concealed by hope and dream of being medical doctor or medical scientist. Whilst knowing clear that there are peers at Crawford college who I am supposed to compete with for entry to the University.

Under the democratic dispensation black people poverty have been normalised, commodified social services and democratised our inequality to sense that our government if you cannot afford to pay for the house the only route you remained with is the squatter camp or if you cannot afford to pay for a BA degree which is about R41 000 at University of the Witwatersrand the only option you left with is unemployment and continuously living in poverty.

Therefore, students have the role to play, and the role is that they must fight this democratic dispensation of neo-liberalism and the capitalist inherited state. By fighting neo-liberalism they will be automatically fighting for the poor people in the rural and township. They will be the voice for the voiceless. Like Egyptian students when they stand against Egyptian president Mubarak who was presiding over the state and looting state resources whereas there was looming unemployment and poverty.

Student Activist, YCLSA University of the Witwatersrand Co-ordinator, writer, blogger and BA in Sociology and Politics.