HomeArticlesRachel Dolezal and the unbearable burden of whiteness. 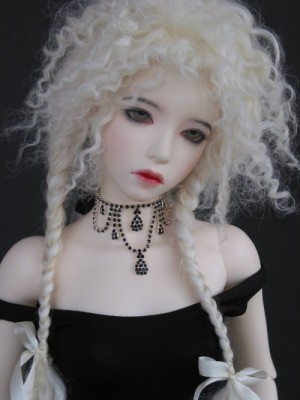 When Rachel Dolezal’s story exploded onto the social media two weeks ago it started off as a curious narrative of a white woman who had appropriated a black identity and had used this identity to work her way into leadership positions in Black Rights organisations. Speculations abounded as to what her motivations were. Was she over-identified with black struggles and thus the natural progression was for her to become black? Was this an expedience that allowed a privileged white woman to ‘wear’ blackness so that she could procure those positions created for black leaders? Was this a noble act of martyrdom where she gave up on her white privileges to push the Black cause? Or was this a blatant display of racism and whitism at its best?

While the world speculated and debated Dolezal’s eccentric physical transformation and as the story behind her choice to become black unravelled in the media, it soon became clear that it is perhaps never possible to simply appropriate a raced identity that is rooted in a history that is not your personal embodied experience.

Dolezal, in the end, was unable to pull off an authentic framework or premise for being black. Instead she wove a complex web of essentialist whitist fantasies about growing up black and partly indigenous. Her narrative brimmed with imagery of tepees, bows and arrows, Africa, abusive parents, and lots of black siblings who were punished by a cruel white stepfather with a ‘baboon whip’ in varying levels of brutality according to their hue. The darker your skin the more cruel the punishment.

The narrative Dolezal put together was just too top heavy with over strenuous stereotypes – and like Dr Seus’s Cat is the Hat, she was balancing precariously on a ball of artifice, juggling a multitude of half truths mixed with blatant lies. In the end she was trying to balance a sculptural bricolage of borrowed facts and falsities whilst fast-talking her way out of this disingenuous maze she had built around herself. Such a deceptive artefact was always in danger of crashing down around her ears.

According to reports her adoptive brother Ezra said that in the week following her outing she told so many different versions of the same lie that for him it was not a matter of identity but more a matter of integrity.

Dr Lynn Gehl, an indigenous activist, educator and blogger who is descended from the Algonquin Anishinaabe-kwe people in Canada, wrote in an article on her blog site Black Face Blogging; “When I think about Rachel Dolezal … I have come to know that when someone claims to be Black or Indigenous when they are not, they need to be informed that because their parents, and their ancestors, and they have not lived, and as such embodied the intergenerational knowledge of being Black or Indigenous, they are not Black or Indigenous.”

In this framework it is ontologically impossible for a white person to even begin to be black because they simply do not have the imprints of individual or collective black experience in their consciousness or their sub consciousness. Any white person, who carries within them the deep cellular memory of white collective and individual experience, is going to trip herself up. Dolezal’s black identity could be nothing more than a hollow persona and even if she did fool some – others had already begun to identify her actions as confusing and dangerous to the black cause. The ‘aha’ moment happened when she was outed as white.

In the end no matter how much a white person experiences empathy with black struggles or wants to become Black, or resonates culturally with blackness – we cannot simply become something other than what we are. Firstly our culturally specific childhood indoctrination has a way of filtering through to our unconscious and becomes part of our automatic response to Blackness – along with our inherited universally specific racist archetypes (over 500 years of racist memory). This concoction of acquired and inherent conditioning holds individual and collective whiteness in its inevitable grip and even if one goes through a process of deconstructing and unlearning the precepts about race, this conscious and unconscious racism cannot simply be unlearned through a quick fix process or by wearing black.

What Rachel Dolzal did instead of owning her whiteness and working from the point of deconstructing the limitations this forces onto one’s humanity and the humanity of all people, was to try and obliterate her by now ‘inconvenient’ whiteness by wearing a black mask – a process that created cognitive dissonance for many in a world in which it is more often Black people becoming white to survive in a world that privileges whiteness.

Some came out in her favour, translating her position as an act of kindness and casting her in the whitist trope of the ‘noble white woman turned noble savage.’ But many more were furious at her appropriation of an identity that was not hers to take.

What Dolezal attempted to do was an impossible feat to begin with and Dolezal lacked the required psychological maturity to recognise her performance of Blackness as a lie.

Her case got me thinking about my own space as a white race justice activist who writes publically about issues of whiteness, racism and social justice – a concoction that incenses conservative and liberal whites alike. The issue of appropriating Black struggles is always in question when writing about whiteness because by so doing you cannot avoid writing about Blackness too. The two race categories are indivisible. They are almost pathologically rooted in each other in a constructed dance of history, power and disempowerment. This is premised on the historical construct of whiteness created by our white forefathers who sought to oppress indigenous people in colonies to turn them into large and free reserves of slavery with which to build the white empires.

This supremacist and profit driven necessity to define white as the godly race put on earth to laud it over people of colour has created the definition of all other races and so it follows that racism resides only on whiteness and it is whiteness that must be obliterated as the central monolithic signifier to this binary condition. Once this construct is gone humanity can redefine sameness and diversity on egalitarian terms.

But for all this history and race theory black and white people are able to meet and share beyond these boundaries – live together, make love, have babies and share struggles in solidarity on their own terms. What they are not able to do is assume each other’s historical experience.

I carry the embodiment of my European history in my cellular DNA – in my mitochondrial reminiscence. My deep genetic memories are not rooted in Black experience. When I slip into the deep subconscious which becomes experiential via streams of consciousness, dreams and imagery, I hook right back to pagan animism, to Celtic and Nordic roots, to my mitochondrial line – some of whom were burnt at the stake in the European misogynistic war against its own women. All of this is there in my cellular memory which stretches back to a Pre-Church, Pre-Capitalism era – to a time when we were all human and not raced by a profit driven system upheld by heteropatriarchy and monotheism.

This does not make me less able to be a race justice activist or race abolitionist as I seek to break down the false  binaries that aim to de-humanise fellow humans, nor does it mean I cannot celebrate diversity. On the contrary, it allows me to appreciate my own indigenous knowledge and spirituality without having to vociferously appropriate this from people oppressed by white colonial history and perform another version of colonialism.

Rachel Dolezal was an activist. She did the work. But in the end then no matter how much she learned Blackness or fought for Black struggles her whiteliness showed in her willingness to appropriate an identity that was not hers to take.

Her performance has prompted many questions – which she seemingly, has no intention of answering.

Did she not trust that Black women were as capable of running the show as she was? Did she do this to circumvent the real difficulty of being a white race justice activist and labeled a race traitor – an uncomfortable position that often sees white society strip white folk of their ‘white privileges’ and results in ongoing death threats, and multiple abuses from both right wing and bourgeois liberals alike.

She only has to answer to the people whose identity she appropriated, and she has the task to dig her own way out of a pile of lies that just got too fandangled to sustain themselves. She has to live with the horrible thought that all her good work is most probably now discredited in many people’s minds and she will never hold that same respectable space again. She would have to be psychopathic to not be affected by that burden.
Sadly, if she had just remained white none of this would have occurred. She would have had to work in solidarity with Black struggles – not take them over. Perhaps this is what was more unbearable to her than living a lie.

White privilege is just not used to taking a back seat – ever.