HomeArticlesSnatching the Mic off Black Rage 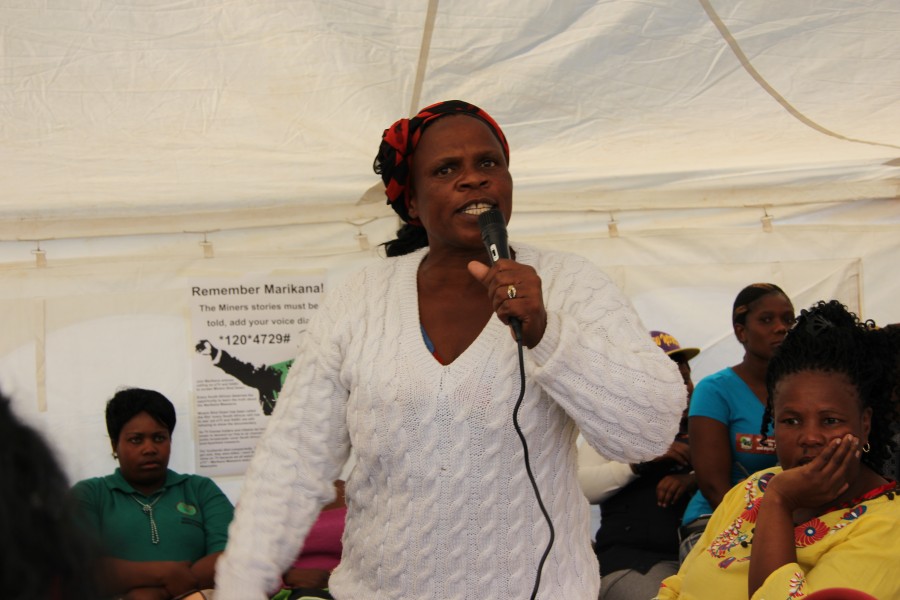 I am an ardent supporter of ‘profane tongue’ as a protest performance tool when used to challenge and interrupt the violence inherent in the dominant discourse. I am also a supporter of the shit wars and regard the unfolding of the port-a-potty protests as the most potent disruption of elitist hegemony in a post 94 South Africa – followed by the Rhodes must Fall campaign.

At a time in our history where the collective is brutally suppressed and black anger is presented on mainstream media as the ultimate violence, the marginalised masses find new and inventive ways to make their grievances heard. If this means spewing the human waste that they are forced to live in, into the sanitised public spaces of the well heeled, then we should applaud their bravery and inventiveness. In a neo-colonial world order where democracy and human rights for the rich means “shoot to kill” for the poor, it stands to reason that protest becomes a desperate cry for the recognition of the collective and individual humanity of the disenfranchised.

Like it or not, defecation is the most visceral and inevitable aspect of being human no matter what your class, race or gender. By importing the unfettered faeces of the poor collective, who live with dismally inadequate sanitation, into the deodorised spaces of those who are able to flush their own faeces away in actual toilets, they are successfully exposing the extreme and dehumanising cruelty of a Capitalist system that privileges some and entirely de-privileges others.

By the same token using so-called ‘dirty language’ to express frustration at enduring white hegemony or at political elitism is an equally valid form of insurrection, as is stencilling profanities onto monoliths of race-based power rooted in a protracted history of colonialism and representative of entrenched white male privilege – such as Jameson Hall at UCT.

Of course the common sense response from the privileged class to the use of the profane in protest is usually shock and outrage. They decry the animalistic behaviour of the filthy bodied, filthy mouthed, uneducated poor. They criminalise their desperation. They cover their noses, eyes and ears and demand that ‘these people’ are taken in hand and disciplined, incarcerated and even massacred if needs be. They consent to the militarisation of the police force to keep the ‘unclean’ out of their pristine spaces.

Sometimes they use elitist theory to delegitimise the intellectual premise for black protest in supercilious articles brimming with white supremacy masquerading as academic thought.

Or they just shut off the mic.

Theirs is an infantile semantic reaction. They decide how things ought to be and transpose their own set of meaning and values onto the poo protests, onto Rhodes must Fall and onto the defacement of Jameson Hall. Instead of engaging the semiotics of this protest action from the subaltern perspective they insist that this is just bad behaviour. They develop top-down arguments to criminalise black struggle and to silence black Rage.

Italian theoretician, Antonio Gramsci, argued that Capitalism maintains its control not only through state violence but also through a hegemonic culture, which propagates its own values and norms into a ‘common sense value system’ that is imposed on all. Its managers are enacted through lobbying and political funding into the realms of political influence, the mainstream media, the judiciary and the academy. Through this well-oiled network they work together to maintain the status quo.

The chattering class’s superficial discourse is influenced by this ahistorical, depoliticized dominant discourse and is, for the most part, lacking in underlying wisdom. Its logic is built on debating skills, personality cults, common sense fallacies and individualistic narratives constructed to push the illusion of a bourgeois social superpower.

It is through social and mainstream media chatter that the middle classes amplify their outrage and become the self-appointed arbiters of norms and standards as they move towards being the new dictators. Whilst paying lip service to progressive values they demand from the system, often in silent complicity, that more fascist methods are used against the poor collective when it challenges their sense of decorum.

State, as it becomes increasingly corporatised and oligarchical, readily obliges. They rely on this middle class consent to keep the masses down – ensuring that the collective is broken, abused, and fractured to avert real possibility of mass revolt.

Civil Rights activist, educator and author, Dr Cornel West, talks of this syndrome in the US context in his critique of President Obama. He calls it the co-opting of black individuals by neoliberalism. As West has written “We live in a time of ruthless ambition and individual upward mobility. This has largely obliterated the collective fightback and basically the black elite class have betrayed the black poor.”

The black elite class is what Left critics refer to as those neoliberal blacks who are useful to white hegemony, because they can easily pay lip service to the black cause in convincing language – but when it comes down to it, it is clear which master they serve. In South Africa this is also seen in black protectors of white hegemony – social and media gatekeepers who perform as if they are critical of systemic issues, but scratch the surface and it is nothing more than self-serving empty rhetoric that is ‘well adjusted’ to the status quo.

It is they who snatch the mics off expressions of black anger when their masters become uncomfortable.

In an entrenched hyper-capitalist system such as South Africa, the dominant discourse enduringly emanates from white monopoly capital bolstered by the black elite who benefit form it. It remains a “Master Narrative’ based on bourgeois norms and values. This narrative is often at loggerheads with the wider black narrative – especially when the black elite chooses to rebel against this white cultural hegemony, as happened around “The Spear” debacle. But for the most part the state is complicit in the white cultural and economic hegemonic in this country.

It is no wonder then that a young black audience member would shout out “Fuck whites” at the Ruth First Memorial Lecture – in utter frustration at the constant pushing of systemic whiteness in public spaces as well as the co-option of radical spaces by an increasingly corporatized liberal academic echelon. It is also no wonder that in an epoch where rampant individualism has taken the place of the collective, as observed by West, that a black liberal celebrity compere would take it upon himself to cut off the mic held by the frustrated interjector.

Switching off the microphone that amplified black anger, metaphorically and literally, is just what is expected of them. They are willing to be the mascots of what West calls the ‘superficial spectacle and hyper-visible celebrity born out of the culture of raw ambition and instant success. They are co-opted and incorporated into the neoliberal regime’ and are used to legitimate the ‘colourblind’ capitalist agenda.

But when they are exposed for doing the master’s bidding and reveal themselves to be complicit in the liberalist anti-black agenda, they quick-talk their way out of it using debate tricks and duplicitous discourse inherent in the Nature of neoliberalism. They play host to a non-existent radicalised consciousness and claim that white supremacy is high on their agenda.

Yet you will be hard pressed to find a radical critique of Capitalism and its reliance on the violence of white hegemony in their body of work.

As Angela Davis has warned: “Since the rise of global capitalism and related ideologies associated with neoliberalism, it has become especially important to identify the dangers of individualism. Progressive struggles—whether they are focused on racism, repression, poverty or other issues—are doomed to fail if they do not also attempt to develop a consciousness of the insidious promotion of capitalist individualism.”

The act of switching off the microphone of a Black person expressing his anger and pain which is rooted in a brutal colonial history, is the violence of whitist complicit bourgeois hegemony. It is racism by proxy. It decides on what the rules of engagement will be. It decides on the parameters of “freedom of expression”. It decides on what is acceptable or moral behaviour. It trivialises Black protest voice as fraudulent or labels it as violent.

If it is called out it will easily use the progressive struggle language available in its arsenal, to deny this conservatism and appease a black constituency.

The new liberalist trend is to push the dominant discourse and then attack dissenters with self-serving platitudes about their own ‘progressive’ agenda whilst dictating the terms and policing black rage.

You can’t push whitist cultural hegemony and then claim, in debate savvy doublespeak, that you are doing the opposite.

Oh wait – apparently you can in this slippery neoliberal epoch which relies on forked tongue discourse to maintain the status quo.

Who but the chattering class is buying it?

If you use the master’s tools to manage ‘Black rage’ or shut down counter-hegemonic language then you are working for the master – no matter how much you bleat the opposite.