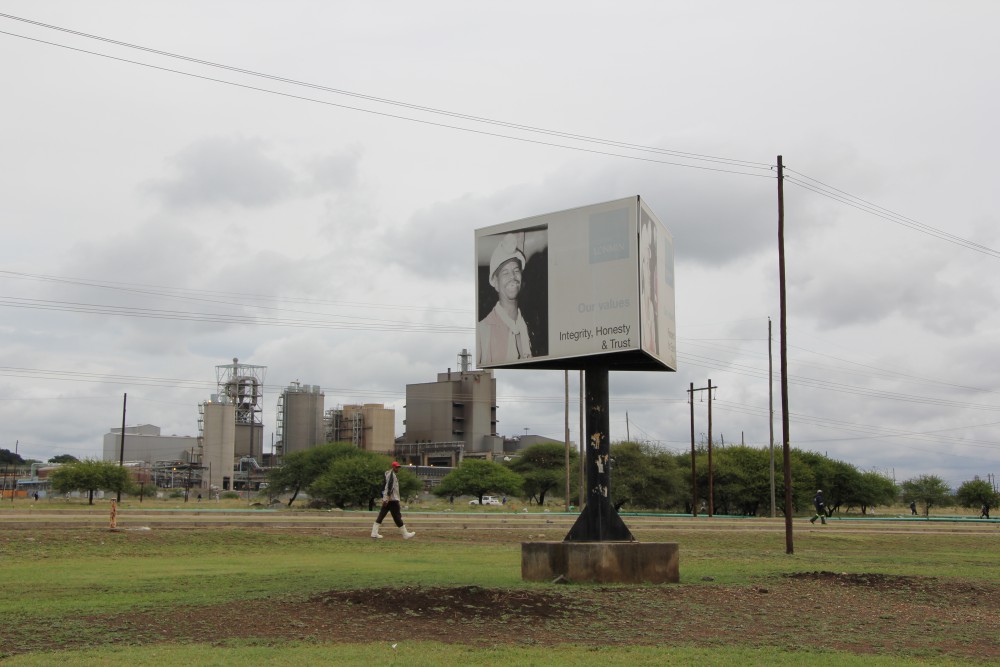 When the mass strike action hit the Rustenberg Platinum belt in August 2012 mainstream South African public was quick to write off the striking miners as an unruly bunch who were ungrateful for their employment and unworthy of the social development that the mining companies were investing into their communities.Indeed this is exactly how it played out even when the deplorable Marikana massacre unfolded, as everyday media seemingly fell for the corporate propaganda that Lonmin sold to them about their ‘constructive and humane’ relationship with the community of Wonderkop. This was their endeavour to look like the ‘good guys’ and render invalid any socioeconomic basis for the wave of social unrest that exploded in Marikana in 2012, the resurgence of which we are witnessing this month.  What they did, instead of acknowledging the dire social degradation that the workers and their families are forced to endure, was create a scenario in which the miners were portrayed as dangerous potential killers who were out to create political instability in the economy.

But scratch a bit deeper and look back into the history of this country’s economic development, and a very different story unfolds.

The songs sung by mineworkers in the platinum belt echo the sadness and disappointment that these workers experience on a daily basis.  ‘Look, Oliver Tambo, they are selling us out.  Oliver Tambo, is this what you would have expected? They have sold us out.”

This is the story of a South African economy built on the blood sweat and tears of the very people who today, continue to be forced into a form of slavery as they earn wages way below their worth as workers of South Africa’s platinum mines.   These are the men and women who are now shot at and brutalised when they rise up to demand a better existence: a lifestyle reflective of the economy that they helped to build.

It was the discovery of diamonds and gold in South Africa that created the pillar on which this land’s modern economy was built.  But it was also this discovery that led to the complete fragmentation of the social foundation that indigenous societies in South Africa once enjoyed.   While the rapid growth in infrastructure, manufacturing and financial services signaled stupendous good luck and good life for white South Africans, it was quite the opposite for black South Africans.

Many fail to recognise that this is what the contemporary marginalised black population is still reeling from – the bloody exploitation of an entire people at the very beginning of our country’s economy.  Since then there has never been a moment to recover from this systemic damage because after colonialism  came apartheid, and then a tenuous democracy, all of which have knocked the poor back time and time again. As pointed out in a 2007 report from the Benchmarks Foundation on the socioeconomic conditions of mine workers and their families, ‘our economy was, and still is, built on the exploitation and suffering of workers from all over Southern Africa. In the 19th Century, cruel legislation forcibly removed people from their lands and entrenched the cheap labour system. This legislative onslaught included the hut tax, land tax, animal tax and labour tax that crippled farm dwellers. Finally the 1913 Land Act forced people to labour in the mines and shattered their autonomy forever.

The 1913 Land Act was pure devastation for black South Africans as entire communities were dislocated and family ties destroyed. Peoples that once depended on an agricultural existence found themselves instead, in bonded labour, forcibly removed from the land, alienated from clan and faced with treacherous working conditions.’

Tragically, in a sad twist of incomprehensible fate, nothing has changed for black workers in the current democracy, which coincides with the platinum boom and the race for mining rights from both foreign investors, apartheid investors and even State official investors.  The poor just do not stand a chance of recuperation as communities all over the country continue being removed from their lands while mines expand their locations and force people out of agriculturally viable lifestyles into untenable living conditions.  These communities are sometimes subtly coerced into living around the mines with promises of work.  What they find instead of a better life though, is a life of quiet desperation as they are subjected to the disastrous negative impacts of mining, social degradation and environmental pollution.

Not that your average outsider would know any of this, so carefully disguised is this reality behind expensive advertorial and Green Washing Campaigns that are the carefully crafted work of Corporate Social Responsibility propaganda machines.

Take Marikana for example.  As you drive into Wonderkop, the shantytown that spreads on the outskirts of the Lonmin mines, there is a large billboard with the face of a happy miner in full mining regalia smiling back at the onlooker.  The words “Integrity, Honesty, Trust” are displayed on this billboard.  One would expect then, that we would find happy miners who are treated with integrity and honesty and that a trusting bonds exist between them and their employers.

What we find instead are desperate workers struggling to eke out a living, though they are employed by a multinational mining concern.  We find tin shanties tacked together and surrounded by muddy walkways.  We find little children playing in this mud and on mounds of waste and litter, because the services are few and far between and neither government nor the corporates have even considered building these children a playground or creche.  We find that there are no toilets. We find women who are at the end of their tether because they have to try and feed families of small children whilst unemployed.  We find high levels of HIV, though the corporate reports will say that few people suffer from this virus under their watch. Life in Wonderkop is hard — much harder than anyone who has not experienced poverty can imagine. It is a surreal medieval landscape dotted with signs of an age of technology in hand-painted cellphone signs that hang lopsidedly off the walls of tacked together wooden slat or corrugated tin shops.

The Bench Marks Foundation’s research indicates that the mines in the Rustenburg mining belt are poisoning the land and the waters through unchecked polluting and doing very little about cleaning up their mess. Toxic sulphur dioxide leaks spill into the water sources that supply the communities, who then have no choice but to drink and wash from it.

According to the foundation report mines are allowed to emit a whopping 18 tonnes of Co2 from each company into the air, forcing surrounding communities to breathe in this contaminated concoction of toxin laden emissions and dust particles that cause both cancer and respiratory disease. Poisonous slime dams are often found close to the settlements too, impacting negatively on the health of the inhabitants.

This harsh reality completely contradicts what the mining companies are telling the world they are investing into the communities that live around their operations.  They claim, in sustainaility reports that go out to the world, that they invest plenty into these communities   They also claim that they work hard to improve upon their poor environmental track record as they aim to reach a state of zero environmental harm on surrounding settlements.

But says John Capel of the Benchmarks foundation in an interview with SACSIS, http://www.sacsis.org.za/site/article/1656, these promises often play out as confessions around pollution spills and other environmental transgressions, always with the disclaimer that they plan to fix it all. It is a never-ending confessional as nothing ever seems to improve and not enough pressure from the government is ever exerted onto these companies to clean up their act.

The reality is, according to Capel,  these corporates are putting little more than 1% of their profits back into developing these communities or cleaning up their operations, despite what they claim to be doing on paper.

In the meantime the untenable multi-systemic violations perpetrated on communities living close to these wealthy mining operations, coupled with exploitative wages, continue to push a people to breaking point.  Their only recourse is often to down tools for up to three days just to get their employers to talk to them.

Though it is clear that these dire socioeconomic factors are the root cause of strike action and unrest, they are often the most overlooked in the analysis offered on media platforms for why strikes and civil unrest occur.  Indeed, even the Farlam Commission’s focus remains on the urgent issue of police brutality against the miners – but seems not to be scrutinising, at all, these indefensible poverty and environmental factors, including unsustainable wages, that ultimately contribute to strike action and instability. The Benchmarks Foundation has appointed Advocate George Bizoz as their representatvie at the Farlam Commission, with the aim of  broadening their terms of reference to also look at the socioeconomic causes of the strikes in the Rustenberg mining belt and hopefully to call for accountabiltiy from these mining companies.

This is a human rights issue and ought to be tackled as one.  While people are being exploited, enslaved and violated with impunity by multinationals and while this is well hidden behind expedient social investment advertorials and Green Washing campaigns, human lives will continue to be expendable and worthless to corporations that put profits before people.

It is time for South Africa’s public to look beyond the social responsibility propaganda of big business and join struggling communities in calling for corporate accountability and human rights before profits.We should no longer tolerate the hypocrisy of corporate attempts at social responsibility that claim to nurture and protect with one hand what the other hand pulls the trigger and devestates.

(Media for Justice are currently filming a documentary in Marikana looking at the disjuncture between Corporate Responsibility claims and socioeconomic realities.  Watch this space for video clips.)

Sources:  SACSIS interview with John Capel of the Benchmarks Foundation.