HomeArticlesThe Politics of Shit and Why it Should Be Used in Social Justice Protests. 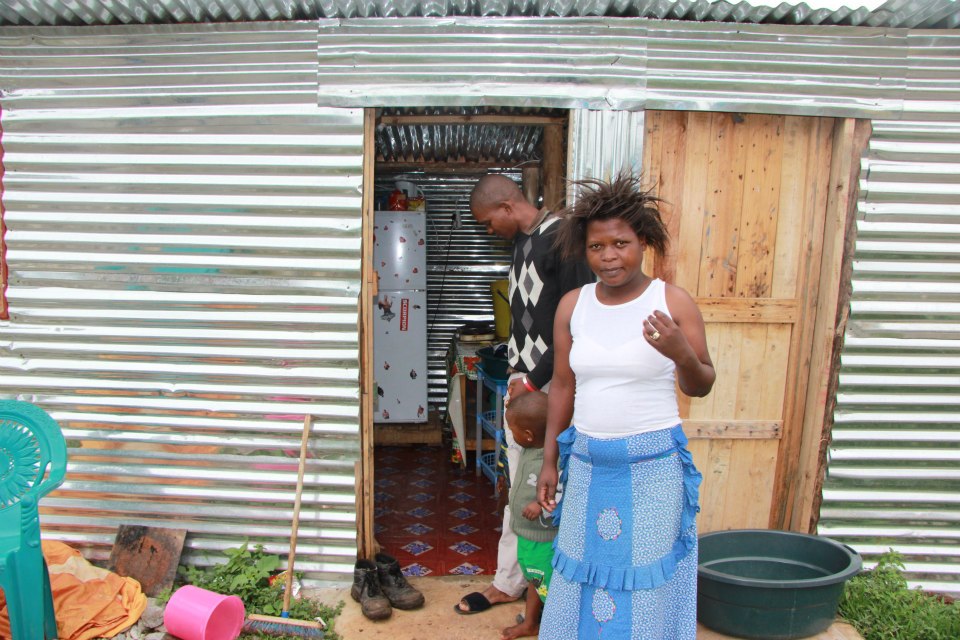 Poststructuralist psychoanalyst, Jacques Lacan, has argued that humans distinguish themselves from animals in the instant during which shit becomes something shameful.

Thus it is the norm in ‘polite society’ that humans defecate in the privacy of a toilet in which their waste can be instantly flushed away. In fact toddler toilet training is the way we were all taught acceptable behaviour in society. Yet, due to lack of sanitation services, over a third of humanity is still subject to open defecation. This system of defecating in the open takes place mainly in Asia and rural Sub Sahara Africa, but urban areas are open to similar conditions as lack of services and sanitation in informal settlements means that faeces are often buried in the ground around shacks. Studies have shown that the impact this has on the development of those forced to endure these conditions is dire and includes “disease, inability to work, embarrassment and lack of hygiene for menstruating women”. In South Africa a study conducted by the South African Human Rights Commission shows that over three million households and 18 million people have no access to sanitation. According to the UN worldwide there are over 2.6 billion people who are denied sanitation (four in ten people have no access to any latrine, toilet, bucket, or box) and poor sanitation causes one in ten of the world’s illnesses with faecally contaminated water killing a child every 20 seconds.

We all have to shit at least once a day. It is a natural as eating.  So why has ‘shitting’ become one of the most taboo subjects around?  The rules governing defecation are closely linked to much of our decorum, our psychology, our sense of dignity, health and even happiness.  Those of us who have had babies know how immediate and visceral the defecation cycle is in the very nature of being human —  yet open discussion around it is deemed repugnant. Indeed this is exactly how it played out when protesters dumped the contents of portable toilets on the steps of the Western Cape legislature in a backlash against the sanitation policy of Helen Zille’s administration. This policy offers communal portable flush toilets to shack dwellers at no cost — a system, which they say, is inadequate and often ends up filthy and unhygienic, untended by municipalities who are meant to clean them regularly.

But the shit was also spilled in public and flung at a bus transporting Helen Zille.  This, the protestors stated, was to protest the years of governmental neglect that has resulted in squalor, disease and untenable living conditions in the plentiful informal settlements that (mostly) black South Africans are forced to inhabit. When a crowd of women from Khayelitsha was arrested this week for bringing bags of shit into town to dump on the steps of Parliament, they told journalists that they are angry that they continue to be treated like third-class citizens with third-rate sanitation whilst proper sanitation is being reserved for the largely white middle class.

When shit starts flying in the direction of those in power you can be sure that the lower classes have had enough. In fact throughout history, when the oppressed have brought out their shit as arsenal, rulers have shuddered because it often marked the beginning of a social uprising. In Medieval days dung was flung, along with vulgar language, at Kings and Lords to protest land taxes and other abuses. At Occupy recently, excrement was reportedly used in the protest against the New York Stock Exchange to mark the protestors’ disgust at their fiscal shenanigans. And in 1978 there was the Dirty Protest, which was part of a five-year action during which the Provisional Irish Republican Army (IRA) and Irish National Liberation Army (INLA) prisoners smeared their bodies and prison cells with their own excrement and refused to wash in protest of the inhumane treatment they received at the hands of prison officials.

When human shit is used in struggle and protest it is usually a last resort. To be sure, when the rules that control and govern defecation are broken and desanitised as it were  (in any culture) it signifies a shift toward revolt against indefensible social conditions.

In South Africa these dire social conditions can be found in the sprawling  informal settlements that surround cities and towns in South Africa. Wallacedene in the Western Cape is one of them in which I have spent some time making a film on lack of sanitation and services  and its impact on women and children. In Mooitrap (Tread Carefully), the informal section of the Wallacedene Township, children die from opportunistic infections that they catch when they play outside their homes. Here services consist of an ablution block with two rows of ten toilets and a few concrete basins. This serves about 20 000 people who are crammed into a 2km radius. The toilets have no doors. To get to them you have to trudge through puddles of mud and dirt. People are deprived of basic privacy and the act of shitting becomes a shameful and public affair. The toilets are clogged with faeces and newspaper. Not one works and they fill up with more and more excrement until they are too full to use. But the municipality does nothing to maintain them. The municipality says this is because the services are not being paid for. What they mean by ‘services’ are neglected germ traps and broken taps.

People do not choose to live like this. They simply have no choice.

Lydia, has been a resident of Mooitrap for 16 years. She describes how it is impossible for her to use the door-less toilets in the area. “We usually use buckets in our houses and when we are done there is nowhere to empty them other than outside. We dig holes but the children usually end up playing in those mounds of faeces. That is why they are sick. There is absolutely nowhere to throw this stuff.” There is literally nowhere to get rid of human waste in a space in which 20 000 people have to shit at least twice a day. In a 2km radius that is a lot of human defecation — tonnes of it. The burden of getting rid of this is immense, as is the indignity and anxiety around defecating under these conditions. (Continued below)

(An excerpt from a film by Gillian Schutte – The Forgotten Place)

The government’s promise of free basic services for all seemed like the light at the end of the tunnel for women living in informal settlements. But this has not panned out as planned, especially with the privatisation of services. In the meantime, women in informal settlements still worry about where to do their most private ablutions so they are safe from the dangers of rape and murder. Many still have to worry about where to dispose of their family’s bodily waste without enraging their neighbours or endangering the health of their children, who use the little bits of remaining untainted ground as playgrounds. This is happening right on our doorsteps in the many informal settlements that we drive by while we crinkle up our noses at the smell that hangs in the air around them. Nobody really cares what goes on inside those shantytowns except those who live this reality. So it makes perfect sense that as a last call this shit be taken into towns and dumped on government building steps as a protest against these unsanitary conditions.

Perhaps bringing this reality into the public sphere will change things. Perhaps the dumping of human faeces on officialdom will become part of a women’s social justice revolution. After all it is mostly women who have to walk to fetch water, who have to conceal their families defecation, who have to tend to sick children and bury those who die young. It could well be the most radical and defiant performative political protest to have been staged in a post-1994 South Africa, and it is most probably a sign of more to come. Surely, in the shit fearing, sanitised middle class and elitist society, this may actually mobilise people into a faster sanitation rollout plan.

It is all about the shit really. This problem of shitting brings all socioeconomic issues into sharp focus. Shit is both real and measurable. As are the many diseases caused by unhindered faecal matter that proliferates when government is not delivering on its promise of sanitation for all. The moralistic exclamations of how disgusting shit is will have to be pushed out of our social justice discourse and this act of defiance must come in from the margins and be read and interpreted as symbolic of the anger and rage that this deprivation is creating in a country that boasts a constitution that promised a clean and safe environment for all.

Poor people are sick of living in cesspools and waiting for sanitation. They are sick of watching their children die young.

So what if the only way to get those in power to take notice of the untenable nature of living in tin shanty virtual death-camps in which your own body becomes your enemy, is to quite literally bring the most basic human bodily function into the public sphere everywhere. Imagine 2,6 billion people all dumping their shit on the steps of parliaments all over the world to demand access to sanitation and services. Maybe this will compel those in power to face up to the dire impact that poverty and lack of sanitation has on those who are forced into situations where even shitting has to be a political act.

Indeed the only shame around defecation we, as a society should feel, is the fact that so many are denied access to decent sanitation and are forced to shit like wild animals in a modern landscape.