HomeHuman RightsLiving on Less than R1000 a Month: How Poor South Africans Survive 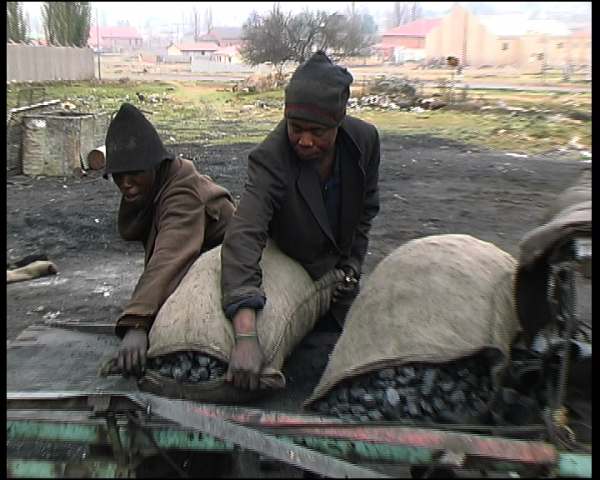 Where is poverty located? What are its shapes and forms? What strategies do households use to cope?

Poor neighbourhoods are often opaque to outsiders, even to those making policies that have a direct impact on such communities. Government planners need to probe beneath the surface – they should see the complexity, understand the livelihood systems and appreciate the coping strategies used in marginalised communities. Often, in a bid to reorganise use of space or formalise the informal, government projects cut across community vibrancy and advance the interests of local elites at the expense of the poorest.

A case study of Evaton in Gauteng tells us a great deal about poverty. Undertaken by research NGO, Studies in Poverty and Inequality (SPII), the study, which probed 142 households, confirmed the reality of high unemployment and its relationship to food insecurity – a problem that places an additional burden on both our healthcare and education systems.

Food security was a major problem in Evaton. SPII found that 23% of households lack sufficient food. The bulk of Evatonians (72%) had “just adequate” access to food — sufficient but lacking in nutritional value.

The key trend – that most households are “just getting along” – is also reflected in academic Sarah Mosoetsa’s study of conditions of poverty in two KwaZulu-Natal communities, Mpumalanga in Hammersdale and Enhlalakahle near Greytown. In her study described in the book, Eating from One Pot, Mosoetsa found that, of 29 households in her sample, 14 were declining, nine were coping (“able to meet their basic needs in the present”) and only five were improving (less vulnerable and with more assets and resources).

Mosoetsa found that a massive 86% of households covered in her study had a monthly income of less than R800. Food security was also a serious problem. She argues, “(a)larmingly, 43 percent of the households reported spending nothing at all on food”.

In his 2010 study of Orange Farm in Gauteng, undertaken for his Masters degree, Larr Onyango found that 121 respondents out of 200 (60.5%) were “not employed at all”, while 18.5% were employed in casual or ‘piece’ jobs in Orange Farm and areas such as Lenasia and Ennerdale. For some of the unemployed, income-generating activities included illegal activities (e.g. liquor brewing, liquor sales and black market operations) and other informal activities such as hair salons, hawking and dealing in scrap metal.

According to Onyango’s study, those involved in illegal activities (8% of respondents) had an income of over R1000 per month. Those involved in other informal activities earned less than R500 per month. Some in Orange Farm are involved in urban farming, but Onyango was puzzled that the practice was not more widespread. He reports that households that grow their own food spend on average R350 per month on food purchases, while those not practising urban agriculture spend about R650.

These and other examples of poverty research, for example by the Development Bank of South Africa (DBSA), express concerns about the sharp rise in food prices and the fact that food inflation outstripped overall inflation. In all three studies, when household money ran out, people ate less food, bought cheaper food or got help from neighbours and friends. Sometimes, as DBSA reports, households simply go without food “as a direct outcome of food price increases”.

We can draw some important conclusions about the impact of poverty and the survival strategies of poor communities from these case studies.

Firstly, poor communities are under stress and the social capital – that web of kinship and support – is being eroded. It is more difficult to maintain social capital when most people withdraw from the bank of community goodwill but lack the ability to make deposits. There is also intra-household conflict in the form of gender conflict as well as tensions between young and old over how income is used.

Thirdly, and on the positive side, communities are resilient. They pull through tough times without complete collapse. Strategies that build on community resourcefulness can make significant inroads against poverty.

Finally, social grants are a lifeline. Government grants are often all that stands between households and complete starvation. Related to this, the provision of free school education and health services is vital.

The case studies are also instructive about ‘livelihoods’, the mix of individual and household survival strategies. Mosoetsa is highly sceptical of the livelihoods approach punted by donors and development specialists. The approach asserts that development interventions should start with what people have and focus on the voice, opportunities, empowerment and participation of the poor. Mosoetsa says it assumes community members have assets when often they don’t. The approach is also used, she argues, to pick up the pieces when neo-liberal policies are implemented and government backtracks from subsidies and decent levels of social expenditure.

But we should also take account of other views of livelihoods. It is a term that helps us think beyond “jobs” or “source of income”. It covers activities undertaken for income or subsistence as well as non-income activities (such as childcare). It is complemented by non-activity income (grants and remittances).

Indeed, in dealing with poverty, community members deploy a range of livelihood strategies. Experts tell us that households that employ a broad portfolio of livelihood options fare much better than those who don’t; in the words of a specialist on the subject Frank Ellis: “(d)iverse livelihood systems are less vulnerable than undiversified ones”.

Government should avoid solutions meant to “uplift” poor communities but which inadvertently close down or impede certain livelihood opportunities.

The same goes for the private sector. It should critically examine whether planned ventures that bring some community benefit, will, in their wake, undermine existing livelihood practices. Many new private sector initiatives in mining, for example, create a defined number of jobs but, in the process, cause long term damage to land, rivers and other resources that are key to the community’s economic life.

Gender issues come to the fore in any discussion of poverty. Government planners should be conscious of the differentiated impact on men and women of development initiatives. It should be careful to avert damaging impacts especially on women and their livelihood strategies. In this context, there is a clear role for the Department of Women, Children and People with Disability: this department should be tasked with reviewing all government programmes – before they are finalised – for the impact on the livelihood strategies of women.

A department such as this will never have the right to veto or unilaterally change programmes of powerful departments such as Mineral and Energy Affairs and Trade and Industry. But it can clearly state its concerns when it thinks initiatives will deepen poverty and inequality.

Meintjies is an independent consultant and a Visiting Research Fellow at Wits School of Public & Development Management.
This article was first published on www.sacsis.org