HomeArticlesThe tasks of the left in South Africa 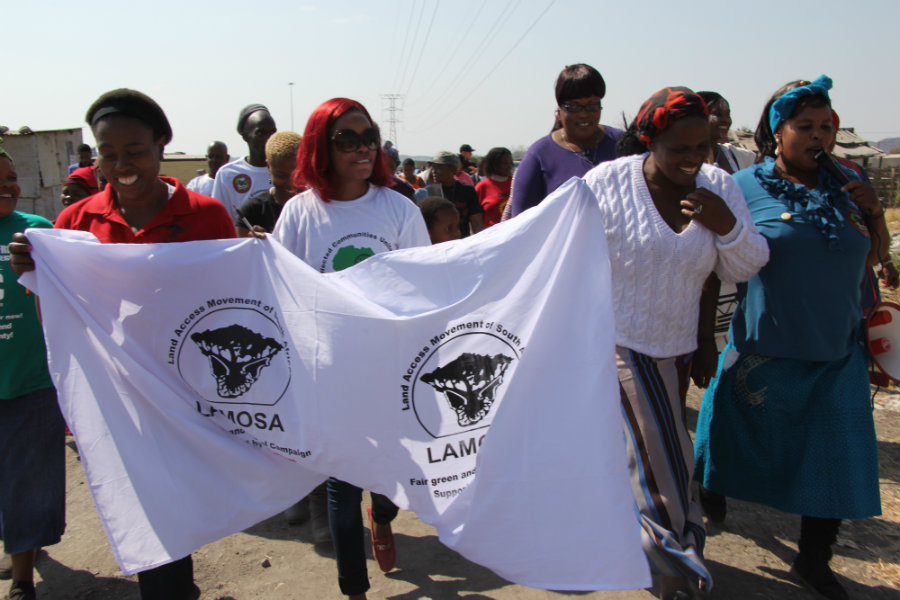 It is time for the left in our country, and globally to re-establish the links to the working class. Many on the left have yet to recover from the collapse of the Soviet Union, the South African Communist Party given its close association with the Soviet Union has simply deflated as an organisation, while its leadership has inflated itself on the opportunities offered by BEE and mining capital. Like many of the old Soviet Communist Parties, their ambition is to use cabinet positions and government posts to realise a bourgeois life after politics as board members and shareholders of capitalist mining companies. What the rest of us must realise is that the failure of the Soviet Union did not represent the failure of the ideas that guided the working class. It rather represented the failure of an attempted revolution to move beyond the primitive, crude first phase of communism for a variety of historical, economic and sociological reasons.

At the moment we have a lot of academic leftists arguing in universities and at trendy left gatherings about anarchism, socialism, communism, the environment, Trotsky, Stalin and Lenin. Thus we waste our time on useless competition to prove who is more left wing than who. We undermine the efforts of those who we consider not as left wing as us, and we divide not only ourselves but also the working class through our actions, and in this we hide behind our academic articles and demonstrations of our deep understanding of left wing gospel. But Dylan once sang about Christians, “We all want to go to heaven, but no one wants to die.” Likewise the left, everyone wants revolution, no one wants to engage with the internal tensions of our existing society, the tensions and contradictions all around us and which are obvious to us, especially in South Africa, to make revolution happen.

In South Africa with its rapidly failing bourgeois revolution, we are daily confronted with contradictions, that has led to seething mass anger. The failure of the capitalist state to address the questions of poverty, unemployment, housing, water, health, education provides unparalleled opportunity to push a revolutionary agenda. Yet when two youthful organisations, the Workers and Socialist Party (WASP) and the Economic Freedom Fighters (EFF) step into the vacuum on the left we all jump to deride, undermine and dismiss them. Yes we should be critical and point out mistakes and shortcomings, but we should do so constructively and by engaging. Instead we behave as if we are the private owners of leftist ideology, the high priests and priestesses of the communist and socialist churches. we fail to note that our sermons are delivered to empty pews. These two organisations reflect the frustration of mine workers (unable to survive the starvation wages underpinning the cheap labour system); unemployed youth from urban working class communities, who now have attained matric only to discover that it is not a passport to employment, and working class communities expected to service the middle-class suburban communities, yet having no services themselves, and people aware of constitutional rights in the bourgeois constitution, yet available only as marketed commodities. Both of these organisations attempt to address these contradictions in their election manifestos, however crudely, but we in the left fall for the corporate media obsession with the character of Julius Malema, rather than the content of the EFF’s manifesto.

A further important contradiction derives from the fact that because the means of production/productive property is privately owned most people are trapped for most of their working/waking day in the most undemocratic and authoritarian of situations, and are therefore alienated from the product of their labour, as well as in a division of labour which through narrow specialisation makes work repetitive and stupefying.  The fact that mine bosses are able to use the police and army against mineworkers in particular and working class communities in general attests to just how utterly undemocratic economic relations in this country are. The corporate media portrays economic freedom as the freedom of the market and private property, rather than as freedom from hunger, poverty, unemployment.

Thus the workplace represents a struggle over the length of the working day, right to work, and the right to make decisions at work, as well as the amount of time spent doing socially necessary labour as opposed to surplus labour, which in new liberal language translates into productivity versus wages. This undemocratic situation arises from the fact that property is privately owned by a small minority. In South Africa our challenge here is to deepen the class struggle both on the shopfloor (wages and workplace democracy), and in communities (demands for service delivery). But more than this we need to push for the nationalisation of the means of production, and in this support those political organisations that have called for this, because in realising it we would be making a first step towards a communist society.

The first stage of communism would universalise property ownership through nationalisation of all productive property, but nationalisation is not communism, but a first crude step towards it, because nationalisation does not overcome property, it merely makes property common and universal. This is crude, redistributive communism, and will, as it did in the Soviet Union make a virtue of a very low common standard of living. In such a situation society emerges as the universal capitalist owning all property collectively, society becomes the employer of all, and determines the wages of all and the output of all. The EFF in its manifesto calls for partial nationalisation, and in doing so has captured the imagination of township and working class communities, our task on the left would be to call for full nationalisation of the means of production to realise the first step of redistributive communism, however, we must be aware that it is but a first step in the journey towards a classless society, and that substituting the ruling class with the state is not our ultimate objective.

The universal principle of this crude communism remains working for a wage. Thus property and wage labour and the alienation associated therewith remains.  Thus Marx describes this situation, “The community is only a community of work and of equality of wages paid out by the communal capital, by the community as universal capitalist.” Everyone becomes a labourer. And society as the collective owner of property will reward workers according to a common mean according to the work of each of the workers. They are therefore still in competition with each other.

This is the first very defective phase/stage of communism, it still bears much of the contradictions of the old society, unfortunately most socialists and communists think that this is socialism/communism, but it is not for it will only lead to statism if the contradictions it represents are not resolved. I hope that the left in South Africa, from the EFF through to the Trotskyists and others understand that statism is not communism, that communism in fact seeks to overcome the state.

The second phase of communism must overcome property all together. It must overcome our domination by the objective forces that we have created. We are dominated by our work, instead of dominating our work. We are dominated by our state, politics and religion as expressions of our unfreedom and our alienation from ourselves and our fellow human beings, we must overcome this alienation. We must overcome the fact that for us work is a means of survival instead of a means of sharing and creativity and in so doing realise the proper organisation of our creative powers. As Marx notes, “Communism as fully developed naturalism is humanism and as fully developed humanism is naturalism.” It is the definitive resolution of the antagonism between humanity and nature, and the definitive resolution of competition between us as human beings.