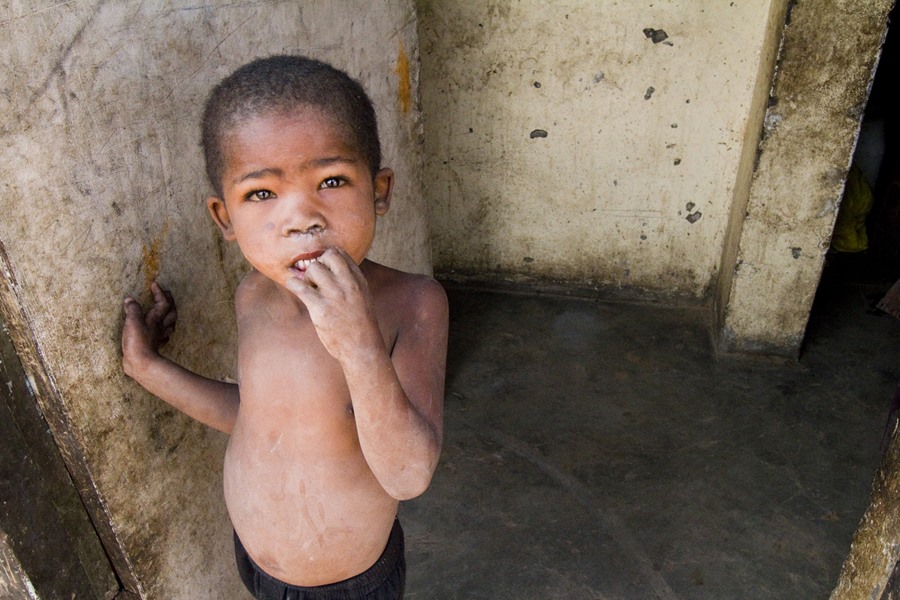 We are what we eat and on the whole South Africans are unhealthy. Because of our increasingly industrialised food chain we eat far too much refined, processed food. The poor are exceptionally exposed to this pernicious trend, with the cheapest maize meal consisting disproportionately of husks, which provide very little nutritional benefit. In some cases diets consist of more than 90% of maize meal.

What passes as food is too often a simulacrum, counterfeit. The fact is that our food system has created a disease pandemic far more serious – and preventable – than HIV and AIDS. Worse, our lack of a national food policy undermines every facet of our development as a nation – health, innovation, productivity, you name it. Our future is becoming eroded by our misplaced reliance on industrial food production.

On top of this, hunger is the unwelcome daily companion of between ten and forty percent of South Africans nationally, rising to 9 in 10 in some areas. Because food security is a complex problem it deserves far closer, more nuanced policy attention than it has received over the past two decades of democracy.

It is not as if government is unaware of the problem. It has been raised almost continually since 1994, notably in policy discussions in 1997, which evolved into a lacklustre and unimplemented attempt at food security policy in 2002. In 2009/10 commitments were made to implement a zero hunger programme, coupled to the Masibambisane programme.

Food security has also been mentioned in the National Planning Commission frameworks, was identified within the National Development Plan 2030, notably in action point 76 – “Identify the main elements of a comprehensive food security and nutrition strategy and launch a campaign,” as well as in the Industrial Policy Action Plan and the National Growth Path programme. Moreover, cabinet approval and policy implementation was pledged by 2013 in Agriculture parliamentary portfolio committee meetings.

Yet we have signally failed to deliver an integrated food security policy. We have discussed and recognised the problem yet failed to take action to address it. We cannot assume the same hands-off, free market approach to food security that we took to deal with economic inequality. Trickle down, even when combined with BEE, cannot cut it in addressing our hunger deficit. The reality is that economic inequality has worsened, exacerbating hunger and food insecurity. The only time food trickles down is during election time when food parcels are handed out like party treats, cynically using food as a political tool.

If we need an example of the failure of leadership in this matter, we need look no further than the Masibambisane programme, the only wide scale nationally driven food security programme. This supposedly cutting-edge food security initiative is the latest victim of food policy to crony political expediency. After being initiated by the government, Masibambisane somehow transformed into an NGO, headed by president Jacob Zuma. It is run by his nephew, Deebo Mzobe, who has no prior experience in this field and despite reports of a string of court cases for financial impropriety, including, a R7 million default judgement outstanding against him.

The result has been inept attempts to deal with food insecurity that amount to political cronyism of the worst sort. No matter how much sunshine journalism you shine at it, little light emerges from the darkness surrounding this failed programme. If anything, the Masibambisane programme demonstrates, how to achieve as little as possible at the greatest possible (unaccountable) cost. Nearly a billion rand is presently being wasted on ill-conceived projects that lack clear lines of reporting, oversight and transparent accounting.

So how should we meet our food security requirements? Essentially we have a constitutional – and moral – obligation to provide sufficient good quality food to our people. In fact we produce sufficient healthy food for everyone. The problems of making this available include cost, availability, poverty and lack of dietary knowledge.

The solutions may be complex but our failure to tackle this systemic problem directly undermines further development. People cannot learn, work or innovate when mal- or under-nourished. No matter how ambitious our economic promises and programmes, they will founder unless people are suitably fed. Our failure to implement an overarching food security policy remains a festering canker, devouring our nation from within.

Instead of focusing clearly, the government has, for instance, attempted piecemeal replication of the highly successful Brazilian Fome Zero (zero hunger) programme. The utter failure to grasp the underlying foundational requirements of this programme has resulted in resources being diverted to ill-considered programmes like Masibambisane, where suitable expertise is clearly absent.

Most of our agricultural and food security policy has focussed on rural food security. These programmes rely on outmoded and disproven development models. Numerous alternatives have been identified, but funding and extension services repeatedly spend disproportionate amounts on industrial agricultural projects, such as battery chicken farming, that lie at the heart of our problem. While rural food insecurity is a problem, urban and rural food security are inseparable, as shown elsewhere in Brazil and Africa.

The 2003 Maputo Declaration of the African Union proposed that 10% of GDP be directed toward agricultural development. Where this has occurred, as in Malawi and Ghana, the results have been impressive. Yet South Africa has proportionally the lowest agricultural budget on the continent, with less than 0.5% of GDP spent on agriculture in 2013. If we really wish to close this policy gap we must not only increase the budget but also spend it cleverly, accountably and on a programme that will enjoy the broadest possible participation and buy-in. Agriculture has the biggest economic multiplier potential of any economic sector.

Any belief that we can truly treat this systemic problem through piecemeal, crony programmes like Masibambisane verges on the criminally irresponsible. In following that route we not only ignore extensive expertise within both government and academia, capable of holistically addressing this challenge, we also miss a golden opportunity to deal with food insecurity that can simultaneously address our failed land redistribution programme, poverty and unemployment.

Policies and programmes of this nature cannot continue to be developed in isolation. They must be participatory, iterative and most importantly, multifaceted and aligned with progressive international agricultural policies. It is shocking that this fundamental problem remains unaddressed nearly 20 years into our democratic transition. What we require is focussed, practical leadership that engages in complex situational analysis and implementable solutions, not in the pursuit of cynical political expediency.
Ashton is a writer and researcher working in civil society. Some of his work can be viewed at www.ekogaia.org.

This article first appeard on SACSIS