HomeArticlesThe crisis in universities: Who should take the blame? 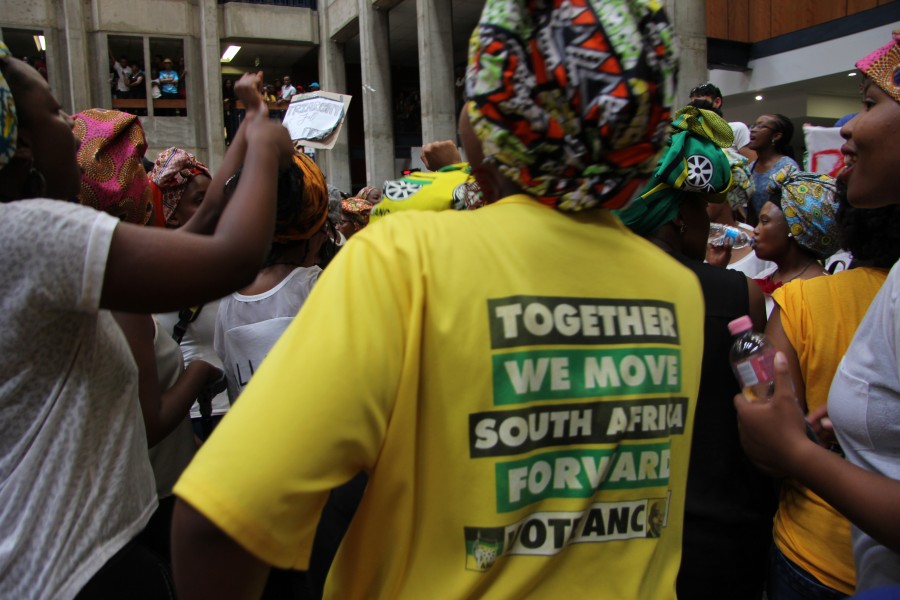 South Africa has, since 1955, been promising convenient access to the terrain of the high education for the deserving students at no cost. This flowed from the debate of free education at the recent (2015) NGC of the ANC and freedom charter (1955). These documents take the different routes and arrive at the same conclusion. The freedom charter stated that “Higher education and technical training shall be opened to all by means of state allowances and scholarships awarded on the basis of merit” Freedom charter 1955. In contrast, in the past recent ANC National General Council (NGC) 2015 affirmed that “Fee-Free high education for poor…” The ANC, as they are in control of the government, must accelerate the implementation of free education.

It is clear that National Students Financial Aid Scheme (NSFAS) is failing the students from poor communities and working class. Because the number of the students rapidly increases every year, the material conditions of the majority of poor communities and poor families’ students makes them unable to afford paying for their tertiary studies. That eventually places pressure at NSFAS.

Conversely, the state of NSFAS must not be over-looked. Since 2013 Department of High Education and Training (DHET) has been increasing the funding at variety of universities across South Africa from R2.2 billion in 2010 to R3.693 billion in 2013 and R4.095 billion in 2015. This literally means that the funds have doubled in the last five years. At the same time, the number of the students who are applying NSFAS is dramatically escalating and putting more pressure on NSFAS funding. At the same time, the Universities are increasing the tuition fees above the inflation rate for example: Wits University is standing at 10, 5per cent increase. This is happening at a time when many black students are being financially excluded for not being able to pay the fees which have not been increased. The struggle, to access the institutions of high learning by students from deprived societies, appears to be getting more difficult due to the universities’ high cost of registration. The classical-liberal universities such as Wits and UCT attached their legitimacy to the so-called white middle class, which can afford to pay registration, whilst black students cannot.

Today we are marking 20 years of democracy. South Africa’s high education system poses as the façade of the deserving students. However, South Africa’s higher education is still viewed as place for the minority of elitists. The reality is that exclusion of the poor African students is attributed to the government’s failure to regulate the funding scheme of the Universities. The rise, of the University protests, are issued at the edge of the lack of transformation in public institutions. Ahmed Bawa (2014) succinctly highlighted that universities lack transformation from the admission processes that are deemed to be unfair and discriminatory, resulting in the financial exclusion and unacceptably high dropout rates of black students. Benjamin (1997) stated that universities were breaking the thread of the social contact in the society by pricing themselves out of the reach of the middle class.

South Africa is the most unequal society sitting with a Gini coefficient of 0, 72 which is the highest in the world and yet the universities fee increment imposes a regime that will systematically exclude poor students from accessing the universities. The students anticipate that the government, through DHET must regulate the system of the high education, by regulating the financial exclusions, which make tuition unavailable to the derived students. The transformation of the high institution of learning takes the difficult side. As the Universities’ autonomy is protected by the South African constitution and the High Education Act of 1997, the Act emerged to be protective of the autonomy of the universities and academic freedom. Throughout the world almost all the public Universities get funding from three different sectors that are commonly known as the ‘third stream income’ which is the state subsidies, student fees and fund-raising. However, the constant question is asked is: who owns public institutions, government or business stakeholders?

The on-going university protests are still going to perpetuate due to the pressure faced by NSFAS and the government failure to regulate the funding scheme. The government must fund high education to intensify the modernisation development projects. Consequently South Africa’s government must take the responsibility for funding the high education to fulfil their resolutions, the freedom charter’s will and four thousand delegates whom asserted the NGC resolution. The reality is that minister of high education is totally absent and fails to address the students’ issues. Early this year the Universities cut-off many students from studying because NSFAS failed to accommodate entire groups of applicants, of whom the majority are working class. Around 2000 students at Wits alone were financially excluded. This is this system, of classical-liberal Universities, which use financial mechanisms to exclude the majority of black students from the poor communities. The DHET have a responsibility to re-structure the university systems and decommercialise them. This is true particularly of monopolized universities, which increase the fees above the inflation and force the financial constraints that result in the kicking-out of the majority of black students. The class struggle is the heart of the conflicts and inequities within South Africa society. The blame of apartheid is an adherent to the question of race-class debate reflecting on the rates of white and black students’ university graduating from classical-liberal universities such as Wits, University of Pretoria, and UCT and creates a locus for race-class debate. Social stratification, such as the government reducing subsidies every year impacts majority of the students coming from working class.

The government subsidies for Universities have steadily dropping in relation to student numbers accessing higher education. The huge expenditure on High Education is standing at 12% per cent of expenditure on education and 0.6 of the GDP. South Africa faces the enormous impediment of corruption from BEEs programmes to NSFAS. Irvin Jim (2015) argued that, “it is the old, false argument that corruption and criminality are the outcomes of our defective ‘human nature”. Corruption is deliberate and those that commit it, particularly public servant must be jailed for more than 20 years as EFF (Economic Freedom Fighter) 2014 manifesto asserted. However, the campaign is associated with the ANC. For instance, Hitachi secured a R38,5 bill tender to build boilers for Eskom’s power stations through the means of bribery. The minister of higher education established the teams to investigate corruption of high education for NFSAS. The minister appointed Sizwe Nxasana to head NFSAS, this came after the “forensic investigations into corrupt practice” Blade exclaimed. Comrades, ANC declared it would combat against corruption. ANC reiterated at the NGC that they will accelerate the fight against corruption in all sects of government including the sects of high institutions of learning.

Government has the responsibility to make-sure that majority of the students from the poor communities and working class families access the high institution of learning. Thus it must acknowledge the call of students to reduce the fees and implement the ANC NGC resolution of free education for the poor. President Zuma must recall Blade Nzimande as minister of high education… Because Education is the class mobiliser and equalizer in the world and the minister is compromising the ANC. I will end with the quote of Nelson Mandela “Education is the great engine of personal development. It is through education that the daughter of a peasant can become a doctor, that the son of a mineworker can become the head of the mine; that a child of farmworkers can become the president of a great nation. It is what we make out of what we have, not what we are given, that separates one person from another.” Long Walk to Freedom (1995).